WEST MERCIA Police and Crime Commissioner is the latest person to back Bromsgrove MP Sajid Javid’s leadership campaign to become the next Prime Minister.

Mr Campion was speaking on the same day as Mr Javid was confirmed as one of ten candidates to go forward to the next stage of the competition – the first ballot – on Thursday.

He said: “As the Conservatives PCC for West Mercia I have seen first hand Sajid Javids’ vision, leadership and drive as Home Secretary and as a constituency MP in Bromsgrove.

“He not only has listened and understood the support our police service and his community need, he has worked hard to deliver it.

“The Conservative Party and the country needs a leader that will deliver Brexit, then get on with delivering vital public service reform and investment.

“Sajid Javid is the leader my party and our country needs, ensuring we boldly leave the European Union to a brighter future of a more prosperous and fairer society.” 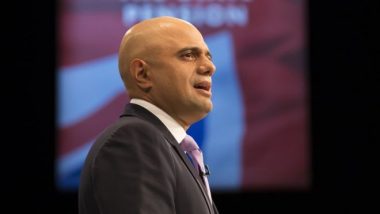 Mr Javid has gained further support today from Ministers Caroline Nokes and Victoria Atkins, following the backing of  Ruth Davidson – the leader of the Scottish Conservatives – who announced her support yesterday.

So what happens now?

After making the list of ten, Mr Javid will now need to get at least five per cent of Conservative MPs (17) to vote for him on Thursday.

Those who do not get that amount will be eliminated.

If all candidates get five per cent, the one with the lowest number of votes will be eliminated.

There will then be further hustings and the second ballot on June 18 where the contenders will have to get ten per cent of the vote or more (33 MPs). Those who do not will be eliminated.

Further ballots on June 19 and 20 will see the field whittled down to the final two.

More hustings will then take place until July 22 which will be the deadline for voting for the grassroots Conservative members.

It is expected the new leader of the party and the country will be announced on July 23.