PEOPLE of all ages wanting to get fit can go along to weekly martial arts sessions at Bromsgrove’s Parkside Suite after a established club relocated there, writes Liam Masters.

Bromsgrove Ju Jutsu was the first group to use the Dolphin Centre Sports Hall when it launched in 1980.

After the hall’s closure it needed to find a new venue and now runs its sessions on Tuesdays at Parkside.

Children’s beginners’ classes are at 5.30pm, followed by advanced children and teenagers at 6.30pm and an adults’ class at 7.30pm. 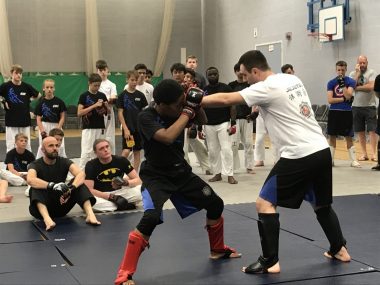 Sensei Ross said Ju Jutsu was a no nonsense approach to self-defence, regular training improved participants’ general wellbeing and it helped children focus on their work.

He added a few members were police officers as the martial art was good for restraining techniques.

“The club has been very successful over the years and has had British and World champions.” 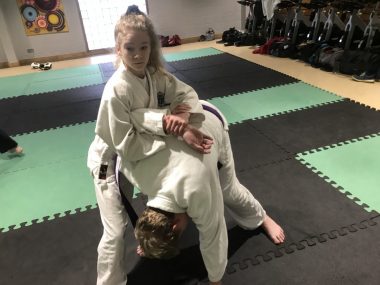 For more information on the sessions or the club, which celebrates its 40th anniversary next year, call Ross on 07973 540013.