A GREAT tradition of the Bromsgrove Court Leet was upheld virtually on Tuesday night when the annual ale tasting took place on Zoom. 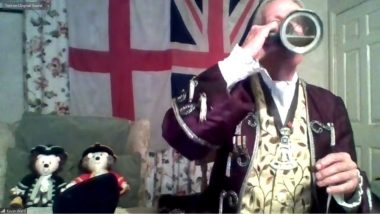 More than 40 people attended the event organised by the Court’s bailiff Jo Slade.

Among them were members of Court Leets in Bromsgrove, Alcester, Henley and Warwick and other guests.

As well as eight ales, four cheeses from Croome Cuisine were also sampled. 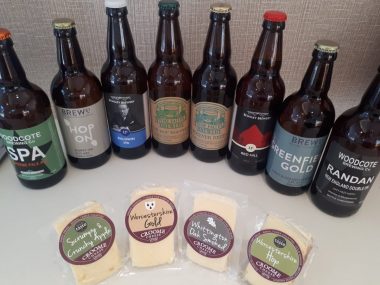 Nick from the company spoke about the cheeses and the brewery representatives gave an insight into each of the ales.

Usually the Court would test ale in pubs, presenting landlords whose beer was found to be ‘of excellent quality and fit for consumption’ with a certificate and sprig of evergreen.

The latter was used in medieval times to show those unable to read that the pub in question was ran to a high standard.

Instead, virtual certificates – including a picture of the evergreen – were displayed on-screen. 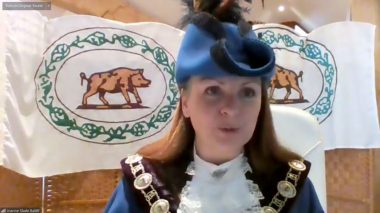 Other highlights from the evening, included a ‘Question of Court’ quiz, an ‘On This Day’ feature and a jolly song.

A collection was also held for Avoncroft Museum after the vandal attack.