WYTHALL veteran Betty Webb MBE who worked at Bletchley Park during the Second World War has received France’s highest honour for the work she did in helping liberate our cross-Channel neighbours.

Betty had no prior knowledge she would be getting the accolade and was delighted when the Order of Légion d’Honneur arrived in the post a day before her 98th birthday. 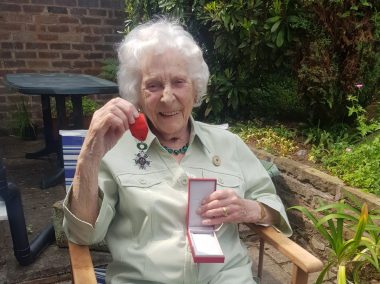 The award bestowed by the President of the French republic was accompanied by a letter from the country’s ambassador.

It read: “I offer you my warmest congratulations for this high honour which recognises your military engagement and steadfast involvement in the liberation of France during the Second World War.

“As we contemplate this Europe of peace, we must never forget the heroes like you who came from Britain and the Commonwealth to begin the liberation of Europe by liberating France.

“We owe our freedom and security to your dedication, because you were ready to risk your life.”

It is hoped later this year Betty will be able to receive the award at a more formal occasion – possibly in Birmingham – with the French consul. 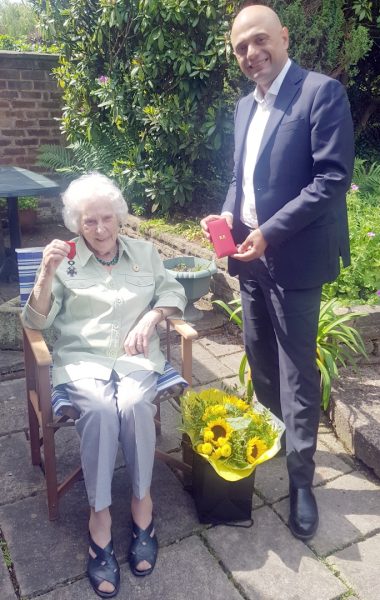 Betty said: “I was absolutely bowled over when it came through the post – I was completely surprised and, of course, delighted.”

As well as this honour, along with many others, Betty has given numerous talks to schools and community groups and written a book on the subject to ensure the memory of the Bletchley Park codebreakers lives on. She was also part of the VE Day 75th anniversary podcast two years ago.

It is estimated the skills of those at Bletchley Park – intercepting and deciphering enemy messages – shortened the war by at least two years.

Bromsgrove MP Sajid Javid visited Betty today to offer his congratulations and to take her some flowers.

He said: “I’m delighted the work Betty and others did at Bletchley Park have been recognised in this way by the French awarding her the country’s highest honour.

“In the letter from the French government they called her a hero and that is exactly what she is.”

He also praised her for sharing her stories with schools in Bromsgrove, nationally and internationally.