A MEETING to update people in the Frankley, Great Park and South Northfield areas on the situation surrounding the South African Covid outbreak will take place on Zoom tomorrow (Thursday, February 18).

It will be hosted by Northfield MP Gary Sambrook and will also feature Birmingham City Council’s director of public health Dr Justin Varney.

More than 190 people attended the virtual emergency meeting on February 5 about the initial outbreak and since then an extensive testing regime, under Operation Eagle, has taken place.

Drop-in testing has been available in Longbridge – on the Bristol Road South, opposite Bournville College – and in a pop-up test centre on the Empire Cinema car park at the Great Park.

Door-to-door testing began a week ago and people could also pick up home testing kits from the Hollymoor Centre. 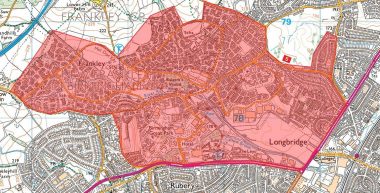 People over 18 inside the red zone and with no symptoms were urged to get tested and it was stated at the last meeting the number of positive tests would indicate whether the South African variant had impacted on the number of cases locally, which were dropping before the outbreak.

It would then take another ten days to determine if a positive test was the South African variant or the common strain of the virus.