TWO BROTHERS from Northfield and Bartley Green who ambushed a man and stabbed him to death have been jailed for life.

Mohammed Farouk, of Bilbrook Road, and Ridhwaan Farouk, of Shenley Lane, were convicted of murder on Wednesday and were told today (Friday) they must serve at least 24 years each.

The pair were found guilty of knifing 20-year-old Amin Talea on Longfellow Road around 9.20pm on October 1 last year. 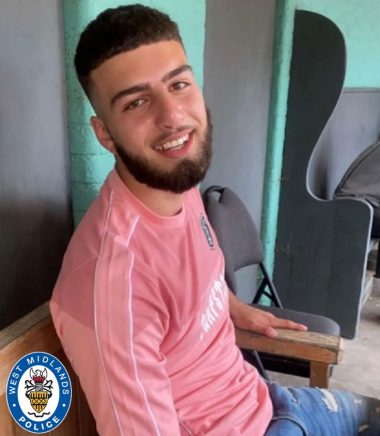 He was ambushed by the pair and stabbed as he approached friends in their car outside.

He collapsed in nearby Middleton Hall Road where two passers-by called an ambulance for him.

He was taken to hospital but died hours later.

The following day, Ridhwaan asked his manager to drive past Middleton Hall Road as she was giving him a lift to work.

She was aware via social media that there had been an incident there the previous evening.

Ridhwaan admitted to her that he and his brother had been there and it had been his ‘brother’s beef’. He admitted lying in wait for the victim to come out of his flat, but was shocked when she told him the victim had died.

His manager told a colleague about the conversation who phoned the police and Ridhwaan was arrested.

Mobile phone analysis placed both men at the scene, and Mohammed Farouk was arrested a few days after the killing.

Ridhwaan and Mohammed, 21, denied murder but were found guilty after a trial at Birmingham Crown Court today. They will be sentenced on Friday.

Det Insp Ade George, who led the investigation, said: “We don’t know which of the brothers stabbed Mr Talea, or why, but sadly this is another example of the devastating impact that knife crime has on families and communities.

His family said thanked West Midlands Police for all their hard work and effort in this investigation.

“They managed to bring justice for my son who I will forever love and remember and have been nothing but caring and helpful since the first day.

“I would also like to thank the court for their determination to bring my family peace.

“I hope justice will be served for my beautiful son. I know he will be at peace after this. I pray that nothing like this happens to anyone else.”