A TEENAGE tennis player from Bromsgrove finished runner-up in both the singles and doubles in a national tennis tournament played at Wimbledon.

Cameron Owen, who is coached at Bromsgrove Tennis Club, was beaten 3-6, 3-6 by Finn Logue from Cumbria in the 14s and under singles.

He then also reched the final of the doubles with Toby Mccole from Staffordshire where the pair were beaten 0-4, 1-4 Alfie King and Finn Logue. 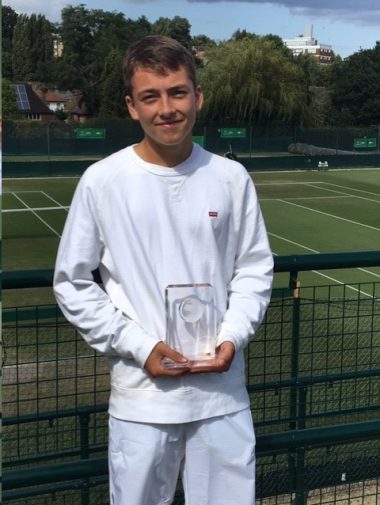 To get to SW19, Cameron had to first navigate his way through the three rounds of singles in the county ‘Road to Wimbledon’ championship held in Malvern.

Cameron had straight sets victories in his matches, beating fellow Bromsgrovian Owen Perry 6-2, 6-2 in the final.

At Wimbledon the tournament featured 44 county winners and four randomly selected runners-up who were placed in 12 groups of four with the first two in each group making it through to the knockout stage.

The 14-year-old won all his round-robin matches, dropping just four games in six sets of tennis and finishing top of his group. 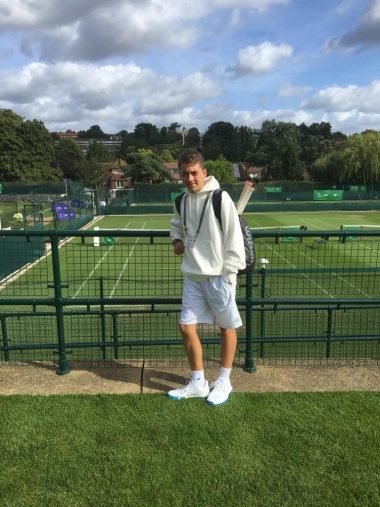 He then comfortably won the four knock-out rounds before being edged out in the final.

All matches were played on the Aorangi grass courts to the west side of Court One.

As well as his competitors, Cameron also had to deal with rain delays with the covers being on for long periods. 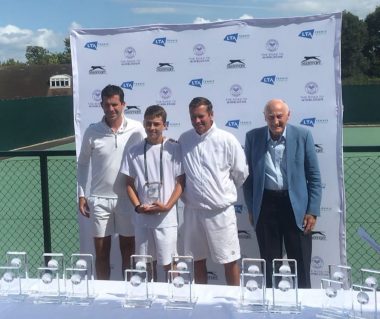 All players were given a full stadium tour and a visit to the Wimbledon Museum and Tim Henman presented the trophies to the winners and runners-up.

* Bromsgrove Tennis Club is holding an exhibition match with new coach Fin Cook and some of the club’s top juniors, including Cameron, at 11am on September 14.

There will also be free coaching from 12pm to 1pm for all ages.

For more information and to book places, email coach James Griffiths at jgtennisltd@gmail.com or call him on 07973 666793.