TWO TEENAGERS have been arrested on suspicion of arson following the fire at the former Greyhound pub in Bromsgrove last night.

A 14-year-old and a 15-year-old who are both from Bromsgrove are currently in custody.

Police confirmed they were called to the incident at 7.18pm last night.

Luckily there were no reported injuries but road closures were in place whilst emergency services were in attendance.

Worcester Road opened again around midnight but Fox Lane remains shut and will continue to be closed for five days – until the developers have made sure the roof of the building is safe.

At its height more than 30 firefighters battled the blaze. 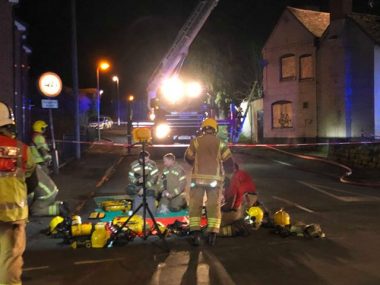 Some firefighters tackled the flames from inside the building and an aerial ladder platform was also brought in from Worcester to fight the fire from above. 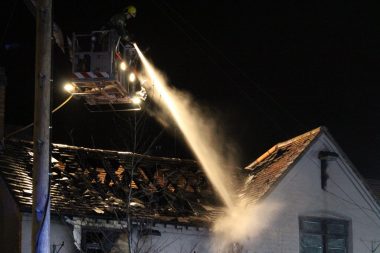 Hereford and Worcester Fire and Rescue Service Group Commander Robert Allen told The Standard the fire had now been brought under control but, as it had spread to the roof space, the aerial ladder platform was currently damping down the building and surrounding area to ensure it did not reignite. 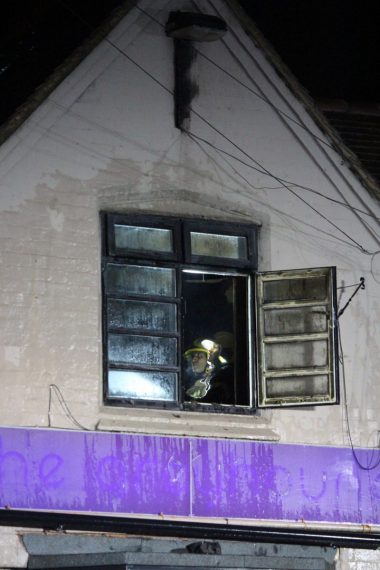 Mr Allen confirmed the police had been alerted. 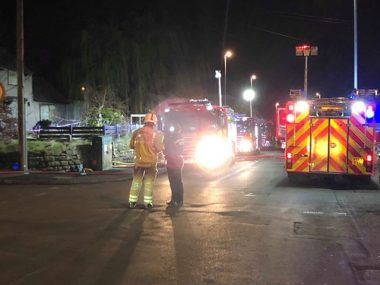 Worcester Road and Fox Lane were closed while the six crews – two each from Bromsgrove, Redditch and Droitwich – fought the fire. 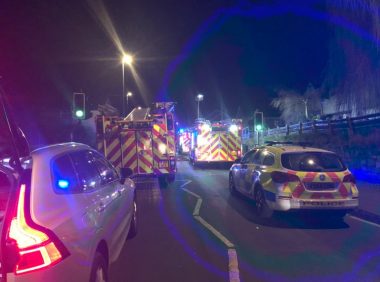 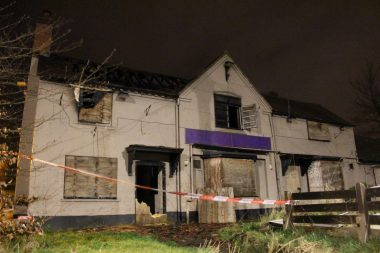