TWO PEOPLE have been arrested after a police pursuit in Northfield. 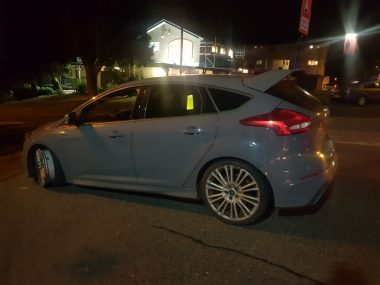 A stinger was used to stop the Ford Focus RS in its tracks at the junction of Merritts Hill and the Holloway, outside the Highlander pub. 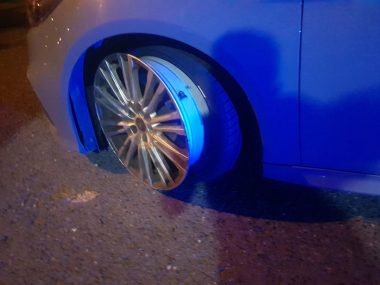 Earlier tonight, residents reported helicopters with search lights out in the area around Ley Hill Park.

A 19-year-old man was arrested on suspicion of dangerous driving, failing to stop and theft of a motor vehicle. He remains in custody for questioning.

A 17-year-old boy was also detained but was taken to hospital for treatment. He will be spoken to in due course.

The Holloway was temporarily blocked while police awaited recovery of the vehicle but it is now clear.

Anyone witnesses or anyone with any information should call police on 101 or Crimestoppers on 0800 555 111.