MORE than 100 people attended a service of thanksgiving and commemoration to remember the 22,442 troops who gave their lives in the D-Day Landings. 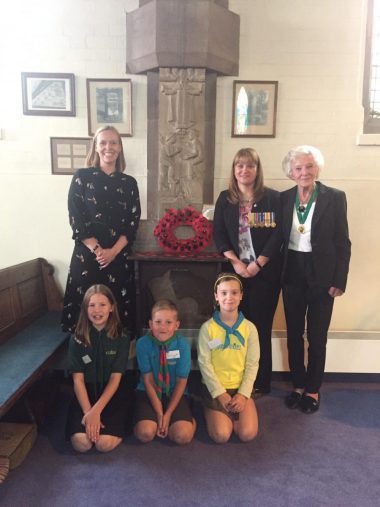 Church warden Caroline Spencer said: “It had been decided to hold the commemoration of the 75th anniversary of ‘D’ Day with the Annual Patronal Service for The Friends of St Godwald, as both fell on June 6.”

A poppy wreath was placed beneath the dedicated D-Day Landings stone carving on the church’s north wall which was created by well-known local craftsman Robert Pancheri in recognition of the many who fell on the Normandy beaches,

Prayers were said by members of St Godwald’s Church Lay Team in tribute and remembrance for the many who fought so bravely and sacrificed their lives.