Storm Arwen wreaks havoc across Worcestershire with more than 100 fallen trees and delays to road, rail and buses

WORCESTERSHIRE Highways and West Mercia Police had a busy night dealing with more than 100 fallen trees as Storm Arwen battered the county.

People have been warned to only journey out if it is absolutely possible and avoid driving.

In Malvern, trees were cleared from Welland, Guarlford, Hanley Swan and at British Camp.

The B4204 remains closed at Martley by Barbers Lane due to a fallen tree.

Highways officers are dealing with incidents on the A44 by Laylocks, A443 Witley Court, A4133 Holt Fleet, B4209 between the Three Counties and Hanley Swan.

Havoc was also wreaked on the railways – the CrossCity Line north is still closed between between Lichfield Trent Valley, Sutton Coldfield and Birmingham New Street with no estimated time for the line to reopen.

And a fallen tree disrupted trains between Malvern and Hereford. 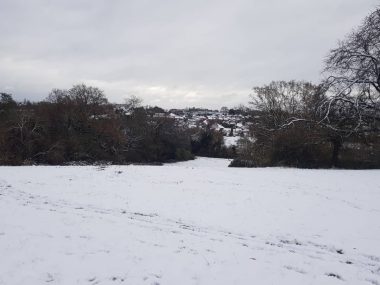 In Droitwich, the 144 and 144A buses were diverted as they could not call at Victoria Square.

They stopped instead at the Raven Hotel and Ombersley Street East.

Residents also woke up to snow this morning, also brought by Storm Arwen.