A SEVERE fire has ripped through the roof space of a low rise block of flats in Rubery.

It broke out around 7.50am at the property in Park Way and West Midlands Fire Service received several calls from members of the public – some who provided imagery via the 999 eye system. 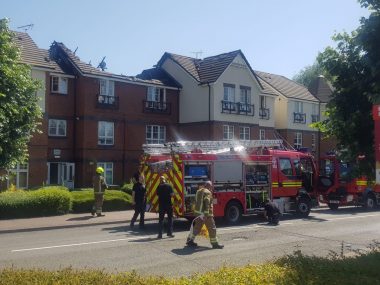 The first arrived within four minutes and a further four engines and a hydraulic platforms were also sent to the scene.

The flames had engulfed part of the loft space and roof of the three-storey building.

Our firefighters wore breathing apparatus and used hose reels and a main jet to extinguish the fire. They also conducted a thorough search to ensure no residents were still inside. 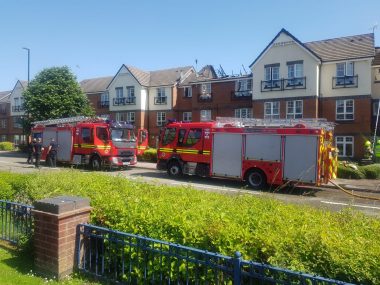 A structural engineer also attended because of concerns about the building’s stability.

The fire was confirmed to be fully out by 11am, when the fire service began to scale back the number of engines.

However, some crews remained to check for any remaining hotspots and to continue with damping down and salvage work.

As of 12.30pm fire investigators and colleagues from West Midlands Police were continuing their investigations into the cause, and two fire crews were expected to be at the scene into the afternoon.