Rubery Social Club getting ready to celebrate its centenary

REGULARS at Rubery Social Club will be raising a glass or two next weekend when it celebrates its centenary, writes Oliver Clarke.

During the eventful 100 years, the club has hosted a variety of stars, including Bob Monkhouse, Tommy Cooper, Chas and Dave, Frank Carson, Mick Miller and recently Roy ‘Chubby’ Brown.

The idea for the club, where men only to begin with could meet up and enjoy a drink, was put forward in 1919.

Local businessmen enthusiastically subscribed to a share scheme to provide funds to enable it to be built.

Records show an array of people had shares, from local shopkeepers to Austin Motor Company car workers and even a few ‘gentlemen’ and the cash was collected in a short space of time.

The first clubhouse, opened in 1921, had a positive impact on the community which was trying to rebuild its life after the First World War and look forward to a peaceful future. 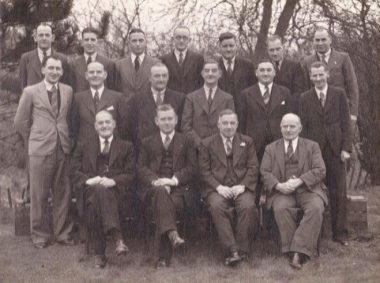 The club joined the CIU (Club and Institution Union) that September and the original certificate still hangs proudly in the building.

The ‘men only’ policy remained until the early 1960s when members’ wives were allowed in, although they were not allowed to take part in any of the club’s affairs.

A concert room was built in the 1960s and a new bar, lounge and snooker room were completed in 1973.

The formal opening of the new building was done with a concert featuring the late singer and comedienne Joan Turner and George Roper.

There was a memorable moment in 1989 when Pat Beehan was elected as the club’s first female president earning 80 per cent of members’ votes.

She was the first female president of any working men’s club in the UK and she and her husband Jim put the club on a more secure footing.

Pat led a successful national campaign to promote equal status for women within the CIU movement.

She passed away in 2011 but her legacy lives on.

The club has gained a positive reputation for its involvement and the support it gives to local sports.

It also supports outside organisations and charities by providing financial support through events and providing facilities where needed.

Staff and members have also celebrated the important national events over the years, including The Queen’s Coronation and royal weddings. 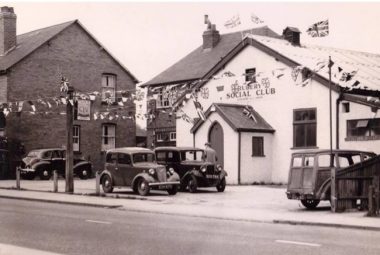 A National Lottery grant enabled the club to have a disabled toilet and baby changing area installed, along with a wheelchair lift and an access ramp.

Vice-president Alan Cooper said: “The pub and club business has been undergoing some difficult times in recent years and the social club is no exception.

“However with the support of its loyal members and the hard work of the committee, particularly president Allan Steventon and previous secretary Alan Whitehouse, it has survived and prospered.

“The clubs policy is to move forward by continually improving and providing a social environment to reflect the needs of its members thereby enabling the club to continue to prosper.”

The centenary celebration on Saturday, July 13, will see live entertainment in the bar and lounge all day.

Residents will also be able to have temporary membership of the club for the whole weekend for just £5.