A FORMER professional chef has written an ebook to help raise funds for the Cancer Centre at Birmingham’s Queen Elizabeth Hospital which saved his son’s life.

Paul James, who lives near the Great Park in Rubery, had to retire from the career he loved three years ago at the age of 48 due to an illness which nearly cost him his life.

A year ago, needing something to do, he started his Recipes From My Travels food and travel blog to promote businesses in the hospitality and tourism industry free of charge through his social media platforms. 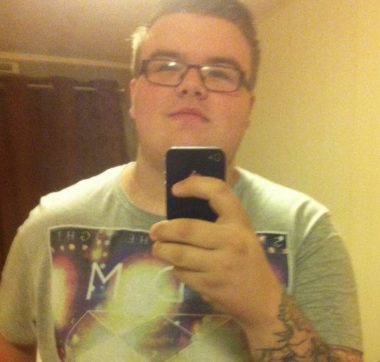 Last year his son Mark, who is married with two young children and a frontline key worker in care management, was diagnosed with T-Cell Lymphoma at the age of 27 and is now in remission.

Paul said: “It was thanks to the magnificent treatment and care at the QE that he has managed to recover.”

Paul wrote the Recipes From My Travels – Great Britain And Cornwall based on his food and travel blog and it is due to be released in the next couple of months by publisher Austin Macauley.

In the meantime he has been writing a day-to-day photo diary of time he spent in New York just before Christmas with his other son Jay.

Recipes From My Travels – A Father And Son’s Visit To New York has now been released as an ebook on Amazon and Kindle and all royalties are going to the Cancer Centre.

Paul said: “It’s a humorous, but emotional story of a father and son’s five day trip, including a very heartfelt story of our visit to 9/11 memorial museum.

“It also tells a tale of our very amusing adventures around the beautiful city.”