A ROW has broken out over Bromsgrove District Council’s lack of spending in preparation for a no-deal Brexit.

Bromsgrove Liberal Democrats have attacked the town’s ruling Conservative Party after it was revealed at last week’s council meeting not a ‘single penny’ of the £17,400 received from Central Government last year had been spent.

The cash was given to the council to help support local residents and businesses if the UK leaves the EU on October 31.

Lickey Hills Councillor Janet King, who questioned how much of the money had been spent, said: “Brexit poses a huge threat to local businesses and the prosperity of our community.

“This money was allocated to Bromsgrove to help it prepare for the risks ahead and it is hugely disappointing to find out there are no plans for how it will be used.

“The Lib Dems would like the Conservative Party to plan urgently for how they can use this money to help our community navigate through the severe threats we face.

“Or better yet, join us in lobbying for a people’s vote so we can get out of this mess altogether.” 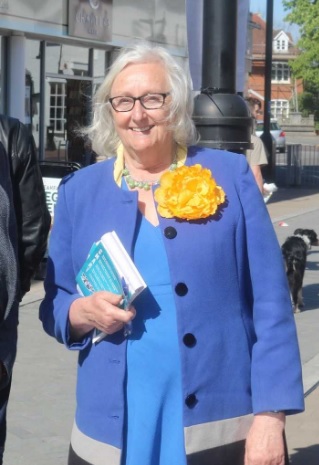 Other councils across the country have already spent money on repaving roads, stockpiling food for school meals and registering their own staff for the EU Settlement Scheme in preparation for Brexit.

And on Wednesday Bromsgrove MP Sajid Javid and Chancellor of the Exchequer announced the Government was putting aside an extra £2.1billion of funding to prepare for a no deal Brexit – doubling the amount of money it had originally allocated.

On Twitter he declared: “We want to get a good deal that abolishes the anti-democratic backstop.

“But if we can’t get a good deal, we’ll have to leave without one.

“This extra £2.1billion will ensure we are ready to leave on October 31 – deal or no deal.”

Council leader Coun Karen May said Bromsgrove’s Brexit fund was being kept in a reserve account and her party was waiting on advice from the Local Government Association (LGA) on how best to spend the money if there was a no-deal Brexit or otherwise. 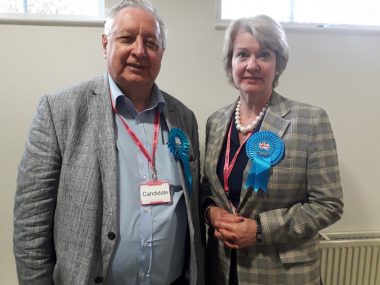 Leader of the council Karen May with Coun Geoff Denaro.

“It’s important we don’t declare a disaster before anything has actually happened.

“The situation with Brexit is constantly changing, all the time, so it’s very difficult to put anything in place yet.

“We are keeping tabs on its development by working closely with Worcestershire LEP and Greater Birmingham LEP to make sure our economy remains strong.”