Revealed - a sneak preview of the new Worcestershire Parkway Station

A SNEAK preview of the new Worcestershire Parkway Rail Station has been released by the county council.

Work on the station is progressing well with external steelworks and glazing nearly finished.

The footage gives the very first look inside the building, which is still under construction, and also aerial views which show the sheer scale of the project.

“With the construction of the station building nearing completion, you can really get a sense of the enormity of this infrastructure project that is set to transform rail travel to and from the county.”

Later this month, work starts to install the three platforms, each being built in sections onsite but away from the track and then fitted into place.

It will take nearly 70 sections to build each of the 265 metre long platforms. 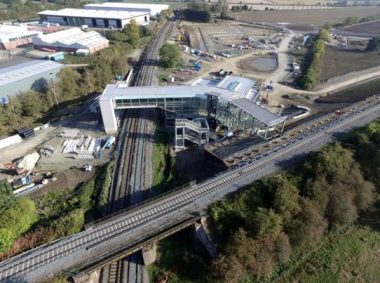 Following installation of the platforms, work will then concentrate early in the new year on paving the car park and the landscaping and planting around the site whilst the internal elements of the station building continue to take shape.