Re-appeal issued to help find Springer Spaniel stolen from Scotland, thought to be in Bromsgrove

A RE-APPEAL has been issued for help in finding the fourth dog stolen from Scotland which has still not been found.

Two terriers were taken from kennels in Forneth, Perthshire, along with a springer spaniel, while a Jack Russell was stolen from the Meikelour area of Perthshire

It is believed the Springer Spaniel could be in Bromsgrove district after the other three were found in the area. 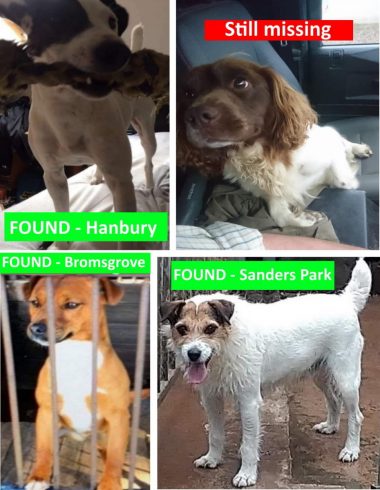 One of the terriers was found last Wednesday in Sanders Park and handed into a Bromsgrove vets while the second one – the other terrier – was discovered in Hanbury last Thursday.

There were sightings of the Jack Russell in Dodford throughout Saturday and he was captured on Sunday.

In the search for the spaniel, people are being urged to check cameras, CCTV, dash cams for pictures of Bromsgrove in the past week in case the dog has been picked up.