TWO workers at Bromsgrove’s Primrose Hospice shop took an unusual step to promote the charity – they became live mannequins in the store’s window. 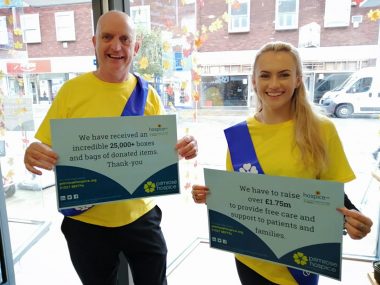 This year’s awareness week theme was ‘This Is What It Takes’ and facts were shared about everything which went on at the hospice.

“While it was a lot of fun for the staff involved, there was a very serious message behind it.”

It highlighted services people may not know about, such as support services and complementary therapies.