POLICE officers have been at Hagley and Bromsgrove railway stations this morning carrying out knife checks as part of the Operation Sceptre.

It gives people the opportunity to dispose of knives anonymously with no questions asked.

At Bromsgrove Station, officers teamed up with their British Transport Police colleagues to get the ‘Calling time on knife crime’ message across. 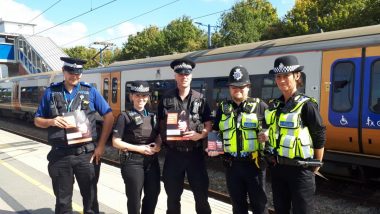 At Hagley Station and at the nearby park, officers spoke to people and issued advice and literature about knife crime, the dangers and the penalties.

A number of knife bins have been placed across the West Mercia Police force area so people can drop off their blades without having to give their personal details and they will not face prosecution for carrying them.

However, if it is believed the knife has been used in criminal activity, the police will be looking to carry out an operation. 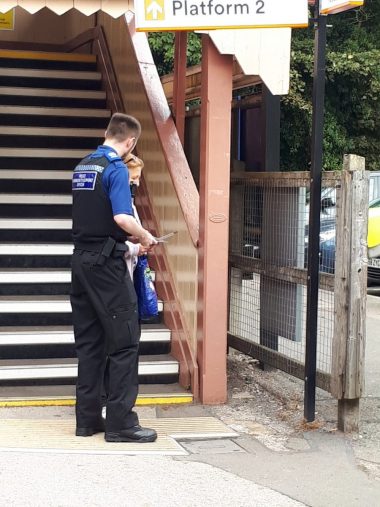 The aim of the surrender is to get the knives off the streets and prevent them from falling into the wrong hands or being used in crime.

Increased patrols will be carried out throughout the week, officers will use their stop and search powers and there will be community weapon sweeps where people will join forces to see if they can find discarded knives in their local areas.

Safer Neighbourhood Officers will be speaking to secondary school pupils about the dangers of knife crime and carrying out patrols around schools at hometime to offer reassurance and speak to any pupils who may be concerned.

West Mercia Police Assistant Chief Constable Martin Evans, said: “The areas we cover are some of the safest and the number of knife related incidents are low compared to other areas but it is important we do all we can to reduce the number even more. 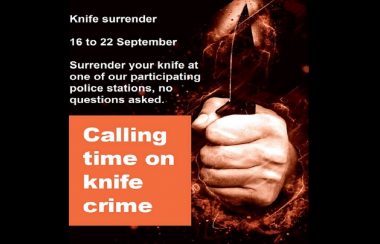 “We know the devastating impact of knife crime, we know if someone carries a knife it is more likely to be used on them and they are more likely to get stabbed. Knives are the most common weapon used in killings of young people and our work to stop young people in our communities from carrying them is relentless.

“We can only tackle knife crime if we work together, police, local government, schools, colleges, court, parents, carers, families and local communities. Disposing of an unwanted knife into one of our knife bins will prevent the knife from getting into the wrong hands and being used in crime.”