POLICE have launched a murder investigation after an incident in Bromsgrove last night.

Police were called to reports of a seriously injured man in Humphrey Avenue in Charford around 10pm. 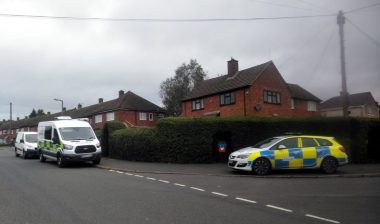 The man in his 30s was pronounced dead at the scene.

Det Insp Lee Holehouse said: “We are currently treating this as a murder investigation.

“We understand that this will be concerning to the local community but I would emphasise that we believe this to be an isolated incident.

“We will be increasing our presence in the area for your reassurance and peace of mind.”