BREXIT, the NHS and Climate Change were the main issues discussed at Bromsgrove’s general election hustings on Saturday, producing some lively debate on the issues. 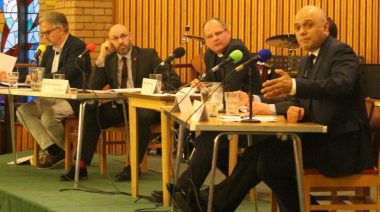 Each candidate had one minute to answer each question.

As well as Brexit, the NHS and Climate Change, there were also questions on local education funding, the housing crisis and affordable housing and Bromsgrove’s congestion problems.

Candidates were also tasked with describing what attributes they had which made them the right person to be Bromsgrove’s MP.

Click here to listen to the whole debate on this week’s special Bromsgrove Standard Podcast.