THE POOR performance of West Midlands Railway was raised during Prime Minister’s Questions this afternoon.

In answer to a question by West Worcestershire MP Harriett Baldwin, Boris Johnson said: “We are looking at the rail issue and the bell is tolling for West Midlands Railway if I hear my honourable friend correctly.” 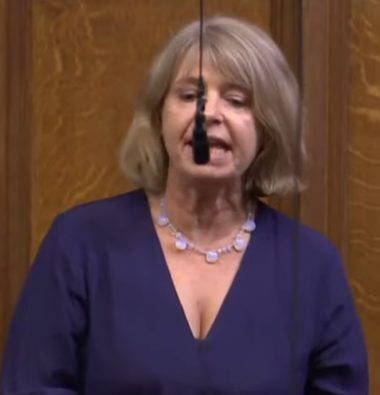 Mrs Baldwin reiterated calls by West Midlands Mayor Andy Street a fortnight ago for the operator to be stripped of its franchise at the end of this month if it had not improved.

She said she had held a series of emergency talks with West Midlands Railway managers over recent weeks and described the service as ‘woeful’.

This week she has formally written to the Secretary of State for Transport to ask him to investigate the matter.

She said the rail service between Worcestershire and Birmingham had been consistently poor over recent months and her efforts to talk to managers seemed to have no impact at all.

“I keep hearing excuses and promises of better performance in the future, but rail users want improvements now.

“I am pleased that the Government is looking hard at this issue and if necessary, use its powers to strip the franchise holder of the failing services.

“I hope that the rail company is listening hard and is making an urgent plan of action to give commuters a better, value-for-money service in the coming days and weeks.”

At the end of December West Midlands Railway said regular customers would not have to pay the scheduled 2.7 per cent increase which was due to hit their season tickets on January 2.

Managing director Jan Chaudhry-van der Velde apolgised to customers for poor performance and cancellations and added at the time: “We have said for some time now that performance and timekeeping since the timetable change has not been good enough.

The problems were put down to too much complexity which resulted in delays throughout the network.”

She said some changes had been made in December to remove the complexity and add capacity but the most significant changes to reintroduce simplicity would be implemented in the May 2020 timetable.

Earlier this week West Midlands Railway posted on social media that 92 per cent of its 4,986 trains which ran last week did so within five minutes of schedule. The operator printed the figures from December 29 to January 4, pointing out that although 62 per cent of the delays were down to West Midlands Railway, 20 per cent was down to Network Rail and 18 per cent was due to other issues.