PICTURE SPECIAL - Big Ron joins celebrations in Rubery as Nick and Susan raise £1,200 to send much-loved Dennis to the Isle of Wight

MORE than £1,200 was raised to send a Rubery man Dennis Steward with stage 4 esophagus cancer and his wife Lesley to the Isle of Wight. 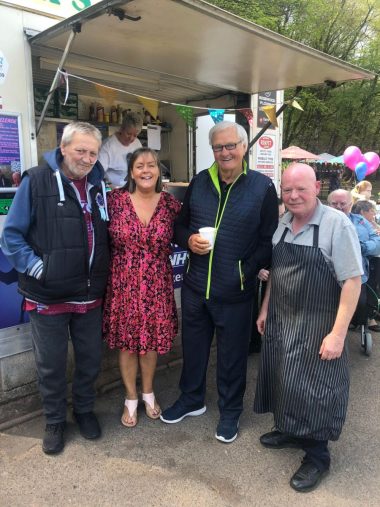 Nick Husbands and Susan O’Leary collected the cash after walking two miles every day throughout April with their dogs Rio, Jak and Judy.

And to celebrate the end of the challenge a party was held at Nick’s Sandwich Van in the layby on the A38 Rubery bypass. 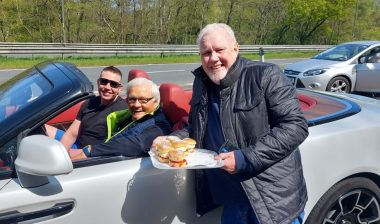 Dennis is a massive Aston Villa fan and the bash was attended by former Villains’ boss ‘Big’ Ron Atkinson.

Big Ron was chauffeured to the event by Tom Nichols in a convertible.

Dennis also loves cows and a local farmer brought some calves down to be part of the celebrations. 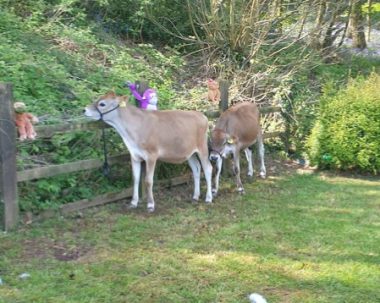 Dennis has had a tough time of it – he was undergoing chemotherapy and radiotherapy but the chemo had to be stopped when he had two heart attacks. 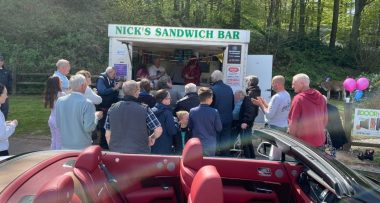 Susan said: “Dennis is such a character – we just had to do something for him and Lesley.

“Me and Nick would like to say a big thank you to everyone who donated and raised such a fantastic amount.”