DRIVERS across Bromsgrove have expressed anger and frustration at the number of roadworks taking place in the district at the same time.

The Standard has been contacted by several motorists fed up about sitting in traffic and suffering long delays.

Currently, there are works going on at the crossroads between The Strand, Market Street, Birmingham Road (main A38) and Stourbridge Road, to upgrade traffic signals. They will be continuing until September 2.

Two sets of roadworks are being carried out on the Birmingham Road in Catshill by Cadent – one near Barley Mow Lane up until August 12 and another set near Hazelton Road until September 9.

Several sets of roadworks are being carried out on New Road by Western Power Distribution (WPD) and surrounding streets, including Clive Road and Rigby Lane, running until September 2 and some on the same road by Virgin Media – until Friday, August 5.

Station Street is shut due to works being carried out by WPD and there are also roadworks in Deansway, while Fox Lane is shut between Tuesday and Thursday, August 2 and 4, so Severn Trent can carry out maintenance.

Churchfields near Asda is also affected until Thursday, August 4.

And there are roadworks on the B4096 – Alcester Road between now and August 19 for pavement upgrades. 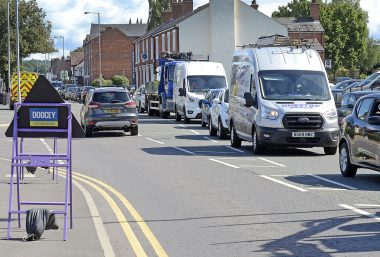 Ben Thomas from Thomas Bros funeral directors said he and his colleagues had experienced substantial delays getting to and from services, in between their branches, cemeteries and Redditch Crematorium.

“The temporary traffic lights – especially on the A38 near School Lane simply are not working.

“My wife works at the Alexandra Hospital and the Worcestershire Royal and is also struggling to and from work.”

Mike Marshall said: “Why are there so many roadworks gridlocking the town?”

And he questioned whether there had been any co-ordination of the roadworks. 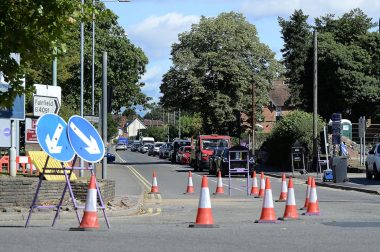 Another irate driver who travels between Bromsgrove and Redditch added: “It’s been crazy really, the signs went up saying work would start on July 4 and to be honest not a lot really happened, then suddenly its gridlock.

“I don’t doubt it’s the right time to do it as the schools are off but if this rolls into September I can’t imagine what it will be like as it’s congested every morning and evening at the moment all the way down to the Worcester Road.

“Bromsgrove can’t deal with any sort of traffic at the best of times, especially if something is affecting the M5.

“The A38 can only handle so much before people have to dive off on roads which weren’t built for such an influx.”

The Standard has contacted Worcestershire County Council Highways and is awaiting a response.