TWO PEOPLE were arrested after a police pursuit from Kidderminster to Hagley. 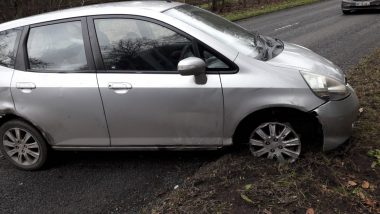 When the vehicle was stopped, officers searched it and found drugs and weapons.

The pair were arrested on suspicion of dangerous driving and for possessing illegal drugs and weapons.