A MAN has been arrested and investigated after police raided a property in Bromsgrove on Monday, seizing cash, drugs and mobile phones.

Officers smashed their way into the home, acting on intelligence from the local community. 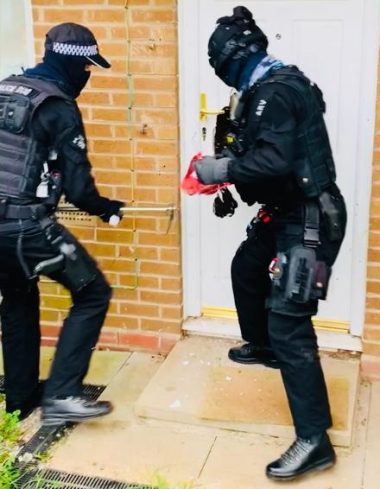 PC Chris Burns from Bromsgrove SNT said the action was part of the team’s ongoing work to shut down the distribution of drugs in the community.

“The impact of drugs is felt in many ways, like the exploitation of vulnerable people, knock on offences, other crimes and anti-social behaviour.

“While some people might think cannabis. for example, is just a bit of recreational fun, those who are supplying and profiting from dealing are often violent and dangerous criminals, working for organised crime groups who use the proceeds for further criminality and will exploit anyone to make their money.

“Our communities are tired of a small minority of people taking advantage of the vulnerable and exploiting its young people.”

The address in question was also being used for cuckooing – when dealers move into the home of someone vulnerable and conduct their business from the property. 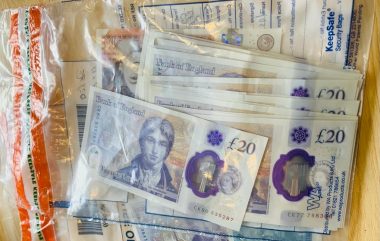 “I know local people will be relieved to see a significant location for drug dealing closed down.

“This also means a vulnerable person is now being protected by us.

Sgt Stephen O’Neill from Bromsgrove SNT said: “While we will continue to take action to disrupt criminal behaviour it is important to remember that many of those who fall foul of drugs do it because they are pressured or because they are targeted by organised crime gangs and feel they have no option.

“However, there is help there for anyone who is concerned a friend or family member needs support.”

People can visit fearless.org/en for a wealth of information and non-judgemental advice about crime and criminality which includes drugs and drug use.

“What makes Fearless different is that it also provides people with a safe place to give information to us about crime which is 100 per cent anonymous.”