A NAVY veteran and reservist who works as a mechanical engineer has hit out at thieves who stole the tools from his van while he sold poppies ahead of Armistice Day and Remembrance Sunday.

Paul Smith who lives in south Birmingham was at Asda on Barnes Hill on Saturday when the theft took place around 9.30am.

Among the £500 haul were small tools, such as spanners, and a socket set in a red box. 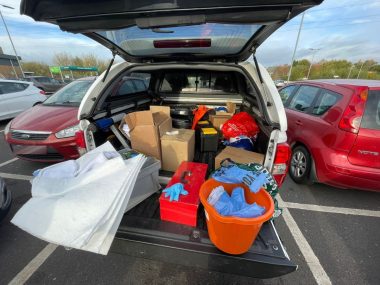 It has meant he has been unable to work and has had to turn down customers until he can replace them.

He said: “It really angered me as I was doing my bit for the Poppy Appeal at the time.

“They forced the tailgate to gain access and stole the tools which has taken away my livelihood.”

Asda has passed the CCTV on to the police so Paul is hoping they will be apprehended.

“I’ve been told this is not the first time it has happened there so hopefully the police can catch them.

“All the staff at Asda were great when they found out what happened.”

Anyone with information on the incident or anyone who is offered tools matching the description in suspicious circumstances should call police on 101 or Crimestoppers on 0800 555 111.