NORTHFIELD MP Richard Burden has slammed a decision by the Planning Inspectorate for 800 homes to be built on the former North Worcestershire Golf Club site off Tessall Lane.

Mr Burden said it was very disappointing, especially in light of concerns about the development’s environmental sustainability and the impact on traffic congestion.

“The first thing Birmingham City Council should now do is to assess whether there are grounds to challenge the decision of the Secretary of State in court.

“Even if they believe that grounds do not exist to challenge the decision as a whole, there are an array of conditions that have to be satisfied before the development can go ahead, covering issues ranging from conservation and flood defences to school and community centre provision.

“This story has a long way yet to run.”

The Secretary of State deemed the benefits of building of the properties ‘on the under-utilised land’, which included 280 affordable homes, would outweigh the harm.

Last July developers Bloor Homes scaled back its original plans, reducing the number of homes from 950 to 800, expanded a ‘central green corridor’ and increased the number of pedestrian areas.

The golf club closed after the owners claimed it was no longer financially viable and since then campaigners, including Mr Burden and then local councillors, successfully argued against development.

Applications were turned down several times by Birmingham City Council’s planning committee, successfully arguing the site was not in the Birmingham Local Plan and the homes were simply not needed because of the number of properties already built in Longbridge. 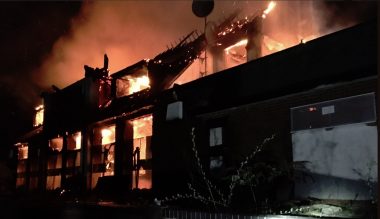 The derelict club house building on the site fell victim to two fires – the first in September 2017 which destroyed 60 per cent of the building and another one in April this year.