CROWDS gathered for a special parade and service in Bromsgrove today to mark the 76th anniversary of VJ Day – when the Second World War ended. 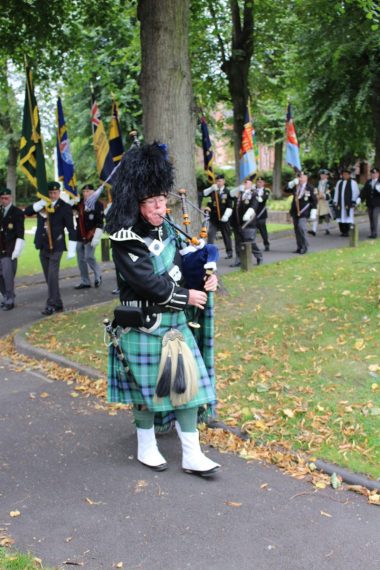 Having the public back at the first ceremony since all Covid restrictions were lifted made it even more memorable.

The parade began with a lone piper leading 13 standards to the Burma Memorial – the national one for that individual campaign.

A reading was given declaring to ‘remember the prices paid – not just in November’ and Rev Ray Khan asked those gathered to vow to ‘strive for peace, heal the wounds and work for a just future for all humanity’. 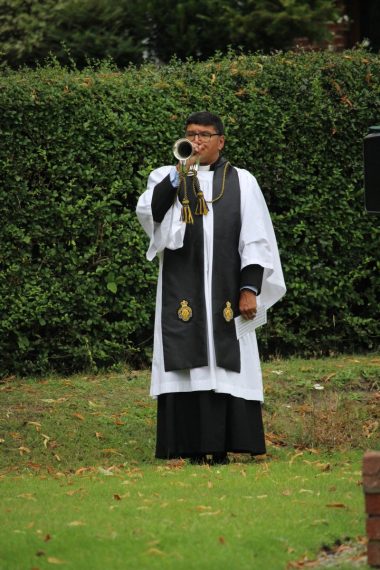 The parade ended with closing words from the RBL Chaplain and the standards parading off back up the hillside to the poignant sounds of the piper.

There are two Burma veterans left in Bromsgrove and around 100 around the country. Many of the Burma Associations have been disbanded but Bromsgrove has vowed to continue its group.

Afterwards Patrick said: “It was outstanding – so lovely to see the people of Bromsgrove continuing to support the Royal British Legion and all the events it put on. 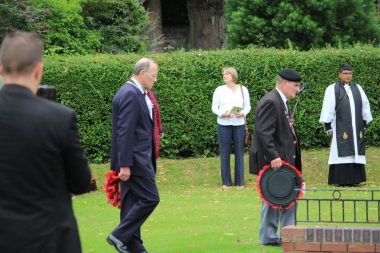 “It was amazing to see so many standards and people come out – I think it is one of the biggest turn-outs we have had for VJ Day.”

Bromsgrove District Council chairman, Coun Rod Laight, echoed those words, adding: “It was fantastic to see so many people pay their respects.”

And Rev Khan added: “We had more wreaths than usual and it is great so many people came out to remember the fallen.”