More than 2,500 turn out as Bromsgrove marks the Armistice Day centenary

MORE than 2,500 people gathered in Bromsgrove for the annual Remembrance Sunday service which this year also marked the centenary of Armistice Day.

The crowds stretched from the war monument on Crown Close back across Market Street which was closed for the commemorations, and almost to the bus station.

The parade began outside Argos at 10.30am, led by military vehicles and representatives from the police. 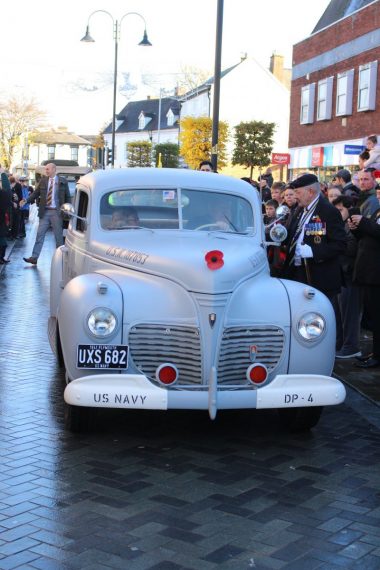 As it journeyed down the High Street, hundreds of residents gathered either side.

An ‘eyes left’ was given to the Odd Fellows Memorial which remembers those who fought and lost their lives in the First World War.

When the procession reached Crown Close, there were ten standards on parade.

Rev Ray Khan, the vicar of St John’s and chaplain to the Bromsgrove Royal British Legion opened the service before The Exhortation, an impeccably observed two-minute silence and The Kohima Epitaph.

Wreaths were laid at the monument from a variety of organisations, including the Royal British Legion, Bromsgrove District Council and the emergency services. 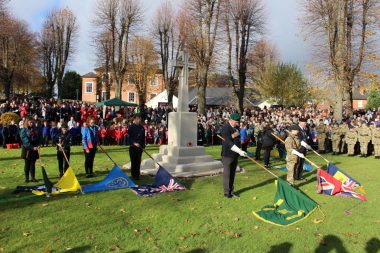 Among the military organisations represented were a number of armed forces regiments, the RAF Association, cadet groups and the Burma Star Association.

Bromsgrove has the UK’s official national memorial for the Burma campaign.

Community groups, including the Court Leet, the Bromsgrove Lions, the town’s Rotary Club and the Freemasons also laid wreaths, along with businesses. 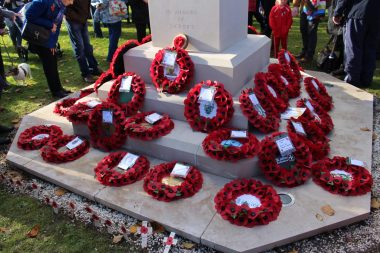 Readings were given by Coun Caroline Spencer, the chairman of Bromsgrove District Council and Rev Richard Wilde from Bromsgrove Methodist Centre which this year featured the Poppy Cascade, made from 12,500 knitted and crocheted poppies.

In his address, Rev Khan spoke of the pledge made 100 years ago which labelled ‘The Great War’ as ‘the war to end all wars’.

But now, he added: “We know the deep truth that we gather for one day to remember and then forget for the rest of the year.

“But remember we must. Today we do not remember past glories, but the sacrifice and the waste that war brings.

“The names on memorials cannot fade away, the remind us of the true horror and price of war.

“Of loved ones ripped apart, lives and communities destroyed.

“If we remember then forget, we dishonour their memories.

“If we remember and then toss the poppy in the bin and continue as normal, we dishonour their sacrifice.

“My friends, if we are truly to honour and remember, then let us love, let us choose not to turn away, let us choose to think of others and then to bring that choosing into action.” 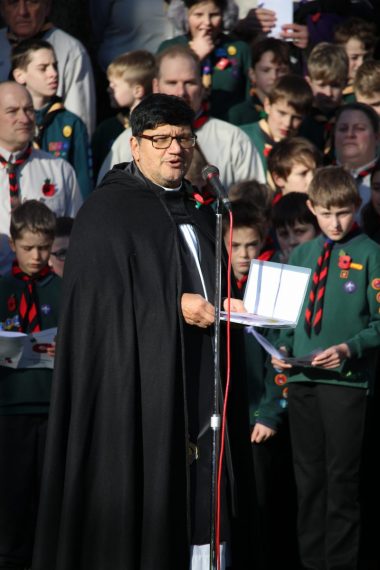 “Let us all desire to make more friends than enemies and treat all life as precious.

“Today we remember the past sacrifice, the broken hearts and their love.

“Today we are called to honour that sacrifice by choosing to love and to serve others.

“We will remember them.”

Deputy Lieutenant Patricia Bradbury MBE, who attended the Bromsgrove service for the fourth time in a row and laid a wreath, said: “It has been my proud privilege to be here again at such a well organised commemoration.

“We have seen more of the Bromsgrove population than ever before turn out to pay their respects.

“I have met the youngest person here – an eight-day-old baby – and the oldest, a 102-year-old veteran.

“Every generation has been represented here.” 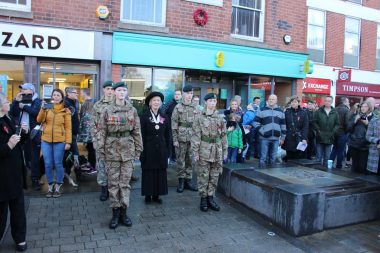 Herbert Coulter, a 102-year-old veteran, who served in Burma, in France in 1939 and in London during the Blitz, combating enemy aircraft, laid the wreath for the Burma Star Association.

“It was a wonderful turn-out here today. I just hope we never see another war.” 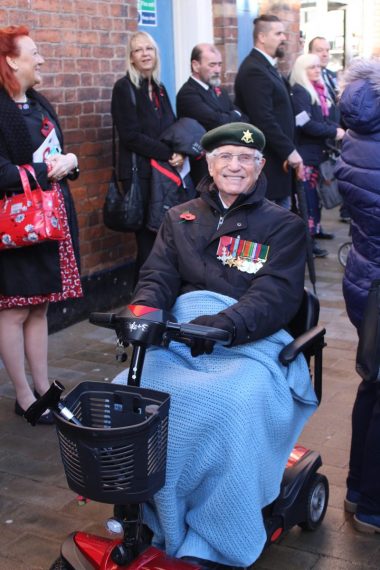 Patrick Smith, the chairman of the Bromsgrove Royal British Legion, said: “To get more than 2,000 here was incredible and the Lord even smiled down on us as well, giving us sunshine.”

Coun Spencer added: “It has been truly wonderful to see so many different groups come to pay their respects.”

After the service at the monument, a second shorter service was held at St John’s Church where wreaths were laid on the memorials to the Boer War and the First World War.

Bromsgrove Town Crier Kevin Ward read out the Armistice declaration from 1918 which confirmed the fighting would stop at the 11th hour of the 11th day of the 11th month.

Earlier in the day, at 6am, 2,000 pipers played Battle O’er to mark the centenary of the Armistice.

One was in Bromsgrove and another – Paddy McGowan – was at the Lickey Hills.

Laura Turland sent us this video –