“It was an atmosphere we will never forget,” that was the verdict of Thomas Jones’ father as he left Bromsgrove Sporting’s Victoria Ground late on Tuesday night.

Ian Jones along with Tom’s mum Vicki, had just watched a special game of football – one that was entirely dedicated to their late son.

More than 1,600 people turned up to support Tom’s family and to cheer on Bromsgrove Sporting as they beat RAF Senior Representative Team 2-1.

A standing ovation occurred during the 18th minute to pay respect to 18-year-old Thomas who was clearly well respected within the town.

On the night more than £7,100 was raised through donations and ticket sales – all of which will now go to Thomas’ family. 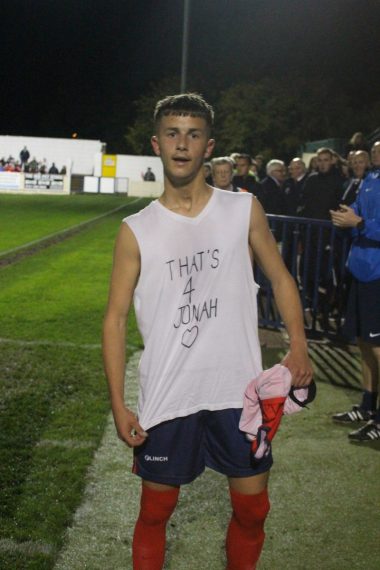 Money was also raised through the sale of ‘Jonah’s Ale’ which was brewed in memory of Thomas by John Nowacki from Ambridge Brewey and Hop Pole landlord Chris Wilson (you can read more about that here).

On the reasons for brewing the pale ale, John said: “We wanted to do something big for Tom’s family.

“It’s had such a good response, by the end of the night we were completely sold out.

“We’re looking to bottle it up in the future so that everyone can enjoy it.”

Before kick-off Oasis songs were played loudly throughout the ground and it proved to be a touching tribute to the University of Worcester student who was a big fan of the band.

He was also fond of Bromsgrove Sporting, having played for the club’s youth teams throughout the years. 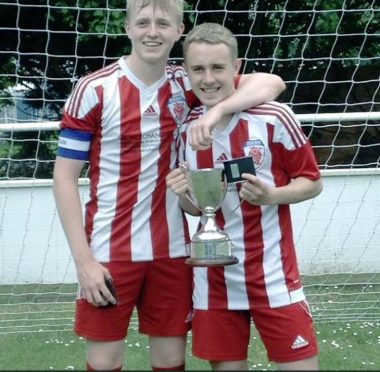 The club’s Manager Brendan Kelly said: “Tom served us very well during the years he was here.

“It was a fitting tribute tonight and I think it proved just how popular he was.”

Old friends Alfie Bloomer and Nathan Binner who played with Thomas at Sporting were keen to put in a good performance.

“It was great to see everyone come out on a cold Tuesday night and appreciate Tom’s life,” said Alfie.

“He was football mad so I can’t think of a more fitting way to pay tribute to him than to play a match.”

It was a fascinating and competitive game all the way through, with both teams giving everything they had.

The teams went back into the tunnel at half time with the scoreline level but Ashanti Pryce came out firing after the break to give Sporting the 2-1 Win.

After the match was finished Thomas’ family headed on to the pitch to thank all the players, both managers and the officials for an emotional gesture which they will never forget.