MORE than £850 has been raised for a Bromsgrove children’s charity through a Christmas-themed bike ride, writes Bethany Lewis.

A group of 60 cyclists dressed as Santa rode from The Nailers Arms in Bournheath to Bayleys Bar in the High Street to collect the cash for Dodford Children’s Holiday Farm. 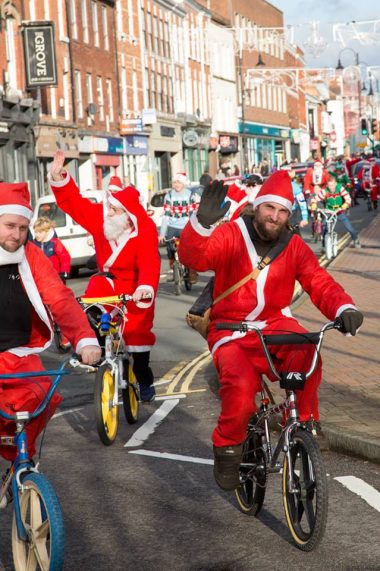 The event organisers Sid and Steph Griffin hold a larger charity bike ride in the summer but decided to also organise a Christmas themed event for the cause.

Sid’s band, ‘Dirty Lemonz’ helped boost the coffers as they played an acoustic set at the Nailers Arms joined by Nick Griffin. 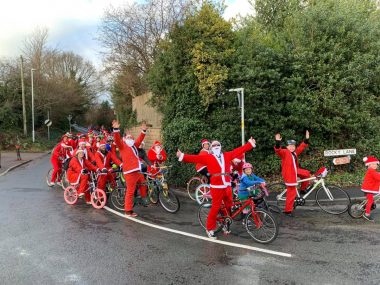 She said she thoroughly enjoyed it and could not thank the organisers and participants enough.

“The people of Bromsgrove were so generous along the way particularly those driving past the Santas at Baileys Bar – several put £10 notes in the collection tins.” 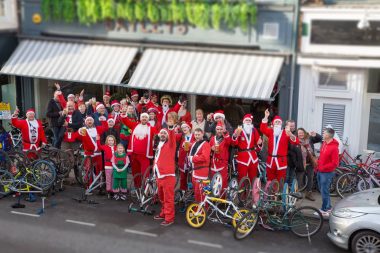 Visit www.dodfordfarm.co.uk or contact Kelly Broadfield on 07748 17808 for more information about the farm.