A DRIVER had a lucky escape this morning after a crash on the M5.

The car left the carriageway, rolled and crashed into a tree around 8.50am near Frankley Services. 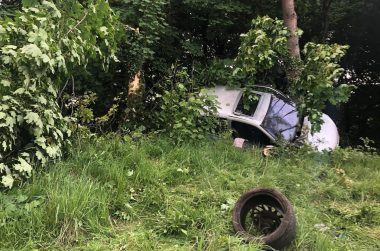 An ambulance and a paramedic officer were sent to the scene but miraculously the motorist suffered no serious injuries and he was discharged at the scene.

Officers from Worcestershire Operational Policing Unit which attended the collision said the incident showed the importance of wearing a seatbelt as without it the consequences of the crash would have been a lot worse.