AROUND 50 guests attended a special taster evening at The Wildmoor Oak in Catshill where chef Lorenzo Richards launched the pub’s new food and cocktail menus.

Among the dishes the guests got to try were a selection of artisan breads served with tapenades, jerk ham hock terrine served on slices of Hardo croute, topped with mango relish and mixed patties with chilli mayo. 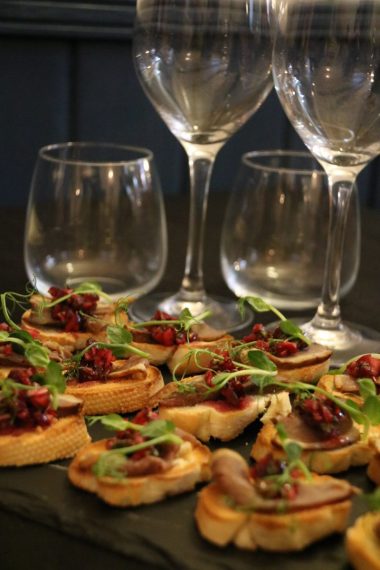 Traditional West Indian rum cake was among the desserts available.

Food tasting events have become increasingly popular over recent years and provide Lorenzo with a great chance to get some valuable feedback from diners before a new menu is officially released.

Lorenzo, who has owned The Wildmoor Oak since 2008, said: “When I first came here I was quite tentative with the menu but over time I have gained a greater understanding of what my customers want.

“Their palettes are now wide open, ready for the next generation of flavours.

“Right now it’s all about fusion and cross-culture cooking – bringing people together through food.” 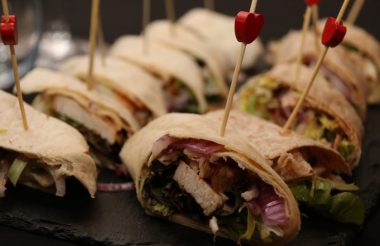 It is Lorenzo’s cross-cultural background, born to Jamaican parents and brought up in multi-ethnic Birmingham, which has influenced his food offerings over the years.

The menu at the Wildmoor Oak, will vary every 12 weeks with the core dishes staying the same and seasonal dishes making up the rest. 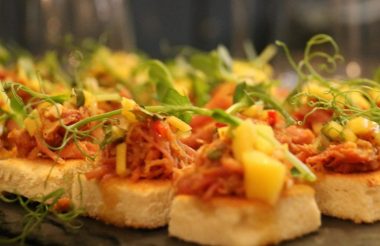 Lorenzo said he wanted to tap into the fresh seasonal ingredients available and use local produce where possible.

“We have reduced the number of dishes on the menu by about a third – that means we can provide better quality on the fewer dishes we have.” 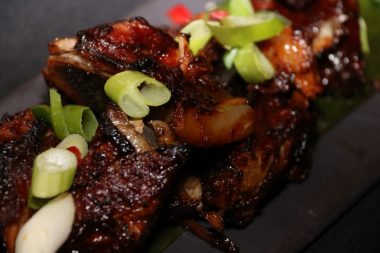 The new spring-summer menu builds on the success of his already popular Caribbean cuisine with the introduction of additional dishes with Oriental and European influences.