AN EMPLOYEE at Bromsgrove School has received a long service award after spending 50 years there, undertaking a number of roles.

Dedicated Steve Taylor was 16 in August, 1970, when he started working at the school as the Caretaker’s Assistant.

He was appointed by Capt P Cavell who was the bursar at that time. 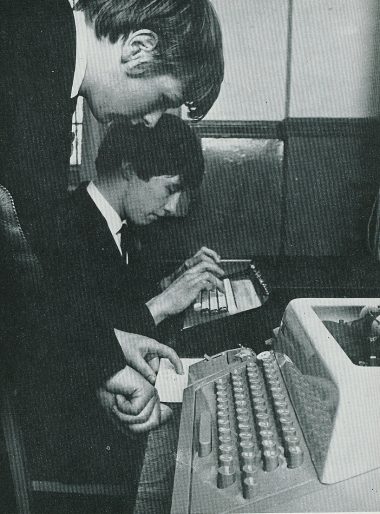 Now, half a century on, he has served under five bursars – as well as Capt Cavell, there has also been Mjr Glissen, Col Spencer, John Rogers and Lesley Brookes and five headmasters – Lionel Carey, Nick Earle, Tim Taylor, Chris Edwards and Peter Clague.

In the early days, one of Steve’s jobs used to be to arrive at work early in order to lay fires in the offices so that it would be warm for the staff when they arrived for work.

Steve went on to work in the maintenance department as a labourer and he has worked for the last six-and-a-half years with the grounds team.

Speaking about his time at Bromsgrove School, Steve said: “The best thing over the last 50 years has been the people I have worked with and the friendships I have made.

“I am as happy at work now as I have ever been and really enjoy my current role.” 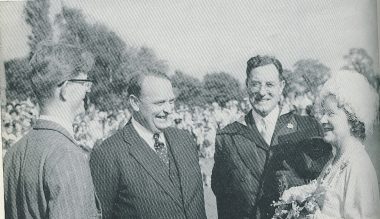 Long service seems to run in Steve’s family – his grandfather worked for 52 years at the Austin Motor Factory in Longbridge.

To mark Steve’s amazing achievement the School’s Archivist has delved into the archives and found a number of photographs of events which have happened during his time at Bromsgrove School.

Among the pictures are the visit of The Queen Mother in 1965, the Remembrance Parade which took place in 1963, a computer terminal arriving in 1973, an outdoor swimming pool shot from 1980 and some drawings – of an Old Bromsgrovian cricket match in 1976 and the Old Chapel in 1950 when it was used as a library.

Click side to side on the pictures above for the slideshow of the images.