AN IMPRESSIVE collection of cars built at Longbridge assembled at the Vale Crematorium on Friday for the funeral of Austin Ex-Apprentice, talented engineer and Hill Climb driver Kim Johnson.

Because of Covid restrictions only 30 people could attend. 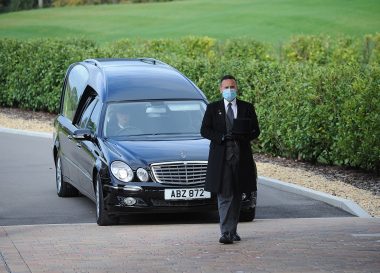 Among them were family, friends, colleagues, ‘Dibnahs’ from Shelsey Old Mill restoration, motorsport pals and the John Taylor, the chair of the Austin Ex-Apprentices Association.

The moving service was broadcast on speakers outside the Crem and a large TV screen inside the entrance hall enabled those gathered to follow proceedings whilst social distancing. 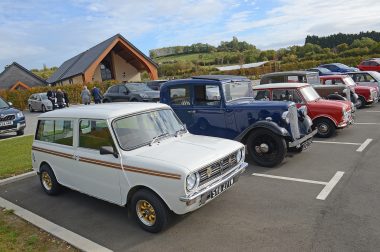 He spoke about how highly Kim was thought of – among the Shelsey Old Mill ‘Dibnahs’, at Longbridge and in the world of motorsport.

“I can’t recall Kim ever losing his temper when something went wrong or we faced an unexpected snag. He would shrug, smile, and probably make another

And he quoted Dennis Wharf who wrote of Kim following an interview: “A quiet man, but fiercely competitive, he proves that success doesn’t necessarily have to come with a great trumpeting fanfare, it can equally be achieved quietly and confidently provided you have the ability.”

Music included ‘Sunrise’ by Nora Jones and ‘Sleep’ and Beyond the Blue by Beth Nielson Chapman. 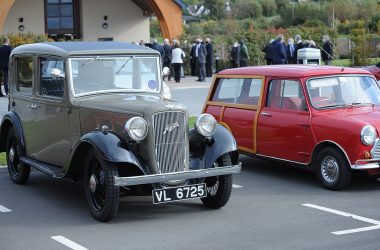 Nigel Barfoot, the chair of the Austin Ex-Apprentices, said Kim was epitomised by his engineering ethos: ‘What man has made, man can mend or rebuild’.

“If this had been in normal times that the chapel would have been full to overflowing,” he added.

Tributes on Facebook described Kim as a ‘gentleman’, ‘a great man, manager and colleague’ and ‘a role model’.