THE KEEP Bromsgrove Beautiful Litter Log, launched for last year’s Great British Spring Clean, was back up and running for the September tidy.

In the 17 days of the Great British September Clean – from September 11 to 27 – there were 257 volunteer hours contributed by 92 people who combined collected 194 bags of litter. 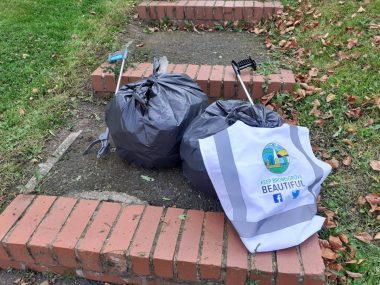 The multi-pronged assault on the town’s rubbish was led by the Keep Bromsgrove Beautiful campaign group.

As part of that there were group litter picks – socially distanced and in teams of six.

Councillors Jo Till and Shirley Webb led the Catshill clean and the Residents Community Group tidied up the Oakalls and Parklands.

Fairfield residents cleaned up their village and The WI were out in force at Finstall Cross.

Other group litter picks were led by The Lickey End Litter Pickers and Team Breme Park.

They were enhanced by individuals’ collections by people going out for their daily exercise, walking their dogs or while on their way home from school or work. 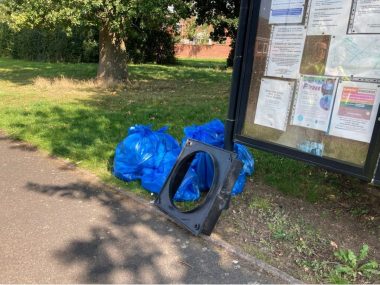 The town centre was also targeted and Hanover Street, St John Street, Old Station Road, Station Street, Worcester Road, the High Street, New Road, The Crescent and other areas should all be primarily free of litter.

Sarah Milburn, founder of Keep Bromsgrove Beautiful, said: “Lockdown has been tough for all of us, and has certainly put a dampener on social gatherings.

“However, it has resulted in many examples of true community spirit, and this was shown once again across the district for this year’s Great British September Clean.

“So many individuals and groups, Keep Bromsgrove Beautiful group members and non-members alike, of all ages, including some four-legged helpers, have been working hard to demonstrate the value of looking after your neighbourhood and taking pride in where you live.

“On behalf of Keep Britain Tidy, I want to thank EVERYONE for their wonderful community spirit and hard work.  #Lovewhereyoulive now and always!”

And go to the Keep Bromsgrove Beautiful Facebook page for further details on the campaign group.