THE M5 motorway had to be closed earlier today between Junction 4 (Bromsgrove) and Junction 3 (Halesowen) after a crash involving a lorry. 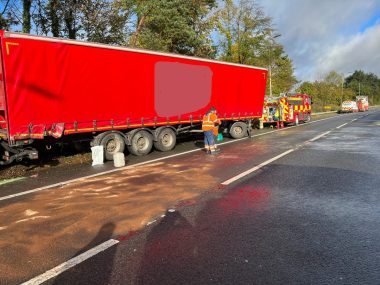 The HGV jack-knifed across the carriageway which had to be shut because of a diesel spillage and the damage caused to the road. It led to long delays and tailbacks of up to nine miles.

Officers from Central Motorway Police Group were at the scene, along with their colleagues from National Highways West Midlands.

The emergency services reopened one lane to begin with and now the whole carriageway is open.