It happened overnight between last night and the early hours of this morning. 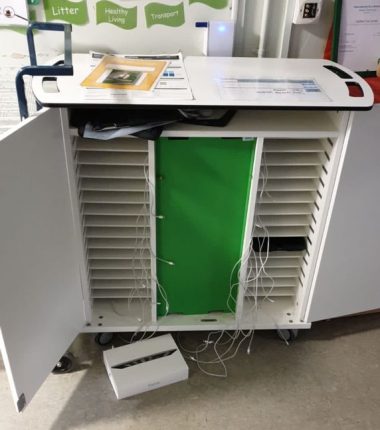 The school broke the news on Twitter and posted these pictures of the damage and the empty cabinet, also praising West Mercia Police for their assistance.

People sent the school messages of good will in response and hit out on the social network at the culprit’s awful actions.

A GoFundMe page has also been set up by the Fairfield First School PTA to raise funds to replace the stolen iPads.

A police spokesperson said an forensic examinations had been carried out at the school in a bid to track down the raiders.

Officers have urged anyone with any information on the break in to call them on 101 or Crimestoppers on 0800 555 111.