Friends of St John’s teamed up with the Rotary Club of Bromsgrove for the occasion to celebrate what has been achieved in the struggle to eradicate polio across the globe. 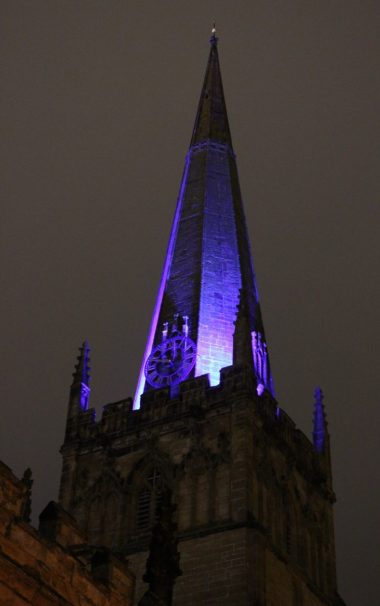 The World Health Organisation’s (WHO) Africa region, has officially been certified free from wild poliovirus, signifying a major milestone in the battle to wipe out the disease.

This progress is the result of a decades of effort across the 47 countries which make up the WHO’s African region and now means that five of the six WHO regions, which represent 90 per cent of the world’s population will be free of wild polio.

Rotary members have played an invaluable role in the effort to rid the African region of wild polio.

By raising funds for polio eradication, advocating with world governments and national and local leaders, and raising awareness, Rotarians have contributed nearly US$890million to conquer polio in the region.

The Bromsgrove Club secretary Ron Pearce said: “Rotary has been working to eradicate polio for more than 35 years, and we’ve made incredible progress in the fight to rid the world of it for ever.

“As a founding partner of the Global Polio Eradication Initiative, we’ve helped to reduced polio cases.

“It’s crucial to eradicate polio from the last two countries where it remains endemic and to keep other countries polio-free.

“If all eradication efforts stopped today, within 10 years, polio could paralyse as many as 200,000 children each year.”

Visit bromsgroverotary.org.uk or the Rotary Club of Bromsgrove Facebook page for more information on the club.