MORE THAN 200 people turned out to this afternoon’s service for the people of Ukraine at the Jubilee Bandstand in Sanders Park. 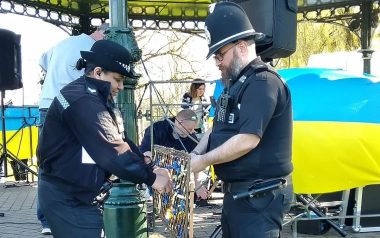 The service was led by Bromsgrove Baptist Church Rev Paul Lewis and there were hymns sung.

There were also readings from district council chairman, Coun Rod Laight and Aksa Khan from the Bromsgrove Muslim Community Trust and council leader, Coun Karen May, read a poem. 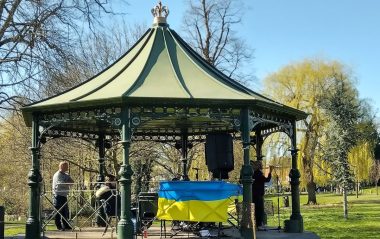 Members of the emergency services and scout groups also attended. 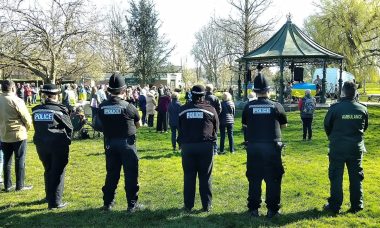 Those gathered tied blue and yellow ribbons onto a trellis as a symbol they were thinking of those caught up in the war and to show support for them. 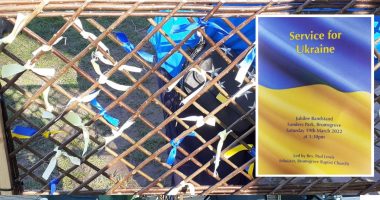 Rev Lewis said: “There was a real sense of togetherness and solidarity with the people of Ukraine.”

He thanked everyone who supported, helped organise and attended the event which was held in conjunction with Bromsgrove District Council. 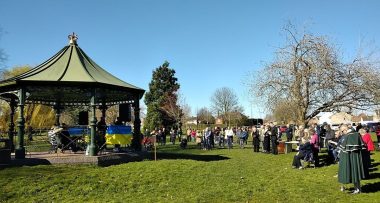 Many stayed behind afterwards to reflect and talk about the situation.