THE BROMSGROVE man battling incurable blood cancer has raised £4,755 for Myeloma UK after having his head shaved for the cause on Saturday. 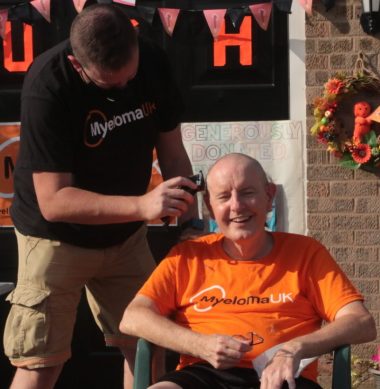 John Gibson was featured on the front page of Friday’s Bromsgrove Standard ahead of his ‘Big Head Shave: Wear Bare Hair Challenge’.

He wore boxing gloves on the day of his fund-raiser to signal the fight he and others had faced with cancer, adding he hoped the cash raised would help ‘deliver the disease a knockout blow’ or ’cause it to throw in the towel’.

The 59-year-old has been helped throughout his two year battle by the charity which provides advice, guidance and specific support to patients and their families.

After his shave, the former Charford First School, Watt Close (now St John’s Middle School) and South Bromsgrove High student, said he was ‘genuinely overwhelmed’ by the support his fund-raiser had received. 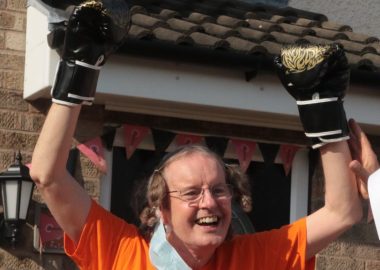 “People have been incredibly generous and so kind to donate this amount of money in such a short time.

“The comments left by family, friends and neighbours on the JustGiving page have been so thoughtful and considerate, and at times, they’ve moved me to tears.

“I am a lucky man indeed to have such caring supporters who’ve got my back and are fighting in my corner.

“To say that the Big Head Shave was a perfect day would be an understatement.

“It was totally brilliant in every respect. 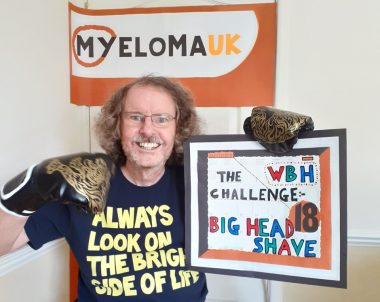 “This event was so successful because of the fantastic support, sheer hard work and superlative effort by all our friends, for which we are so grateful.

“The head shave itself was great fun. I feel lightheaded (literally) and am now known as ‘Shaun’ or ‘Long John Baldy’.

“People tell me it has wiped 20 years off me which means I’m 39 again.

“I would encourage other people to have a go if that’s what it’s done for me.”

Anyone wanting to boost John’s coffers further can visit his fund-raising page at justgiving.com/fundraising/john-gibson21