BOSSES at Avoncroft Cricket Club have hit out at burglars who smashed their way into the clubhouse over the weekend and stole alcohol and confectionery.

The thieves used what was thought to be a sledgehammer to get through the gates and broke through the glass doors. 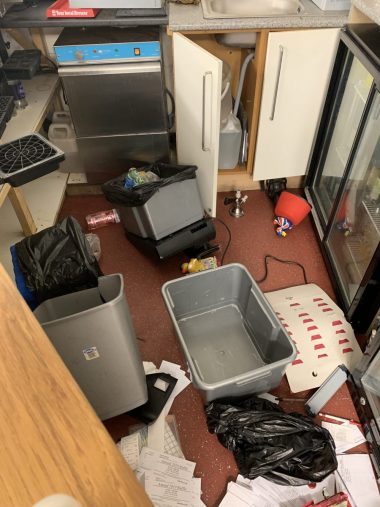 Once inside they ransacked the bar area and kitchen before fleeing with bottles of alcohol, chocolate and sweets.

In gaining access the raiders have caused more than £500 worth of damage. 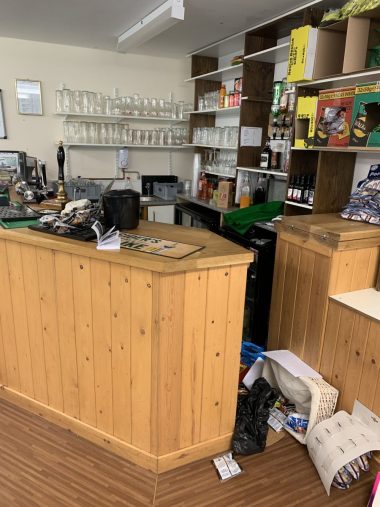 Bar manager Ian Athey, who was one of the first to find the damage on Monday morning, said: “The alarm went off and it is very loud so we’re guessing they didn’t hang around long after that.

“It’s well used by the community at this time of year which is our busiest period.”

The youth team were at the club on Friday, there was a match on Saturday and the youth were back in on Sunday.

There are also matches in the week. 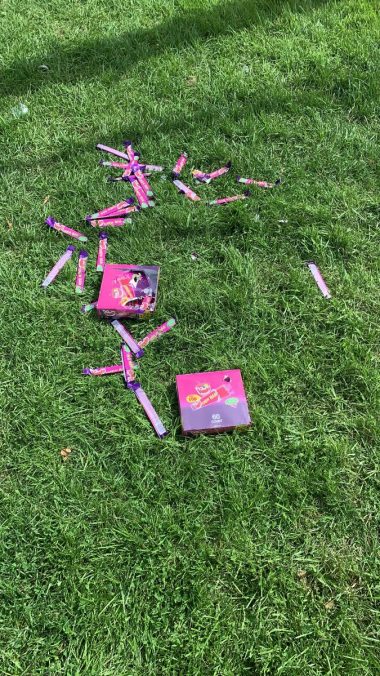 “It’s going to cost a few hundred to resecure the place and replace the drinks that were stolen and the other problem we have is this could lead to our insurance premiums going up and we’re only a small club and can’t really afford incidents like this.

“Luckily we don’t keep money at the club when it’s left unattended so they were not able to get any cash,” added Mr Athey.

He added this was the first time the club had been targeted for five years but it was disappointing.

Mr Athey and his team have been busy since the break-in to get the club back to a safe state in time for Friday’s youth training session its upcoming beer festival which, financially, is its biggest fund-raiser of the year.