TWO police officers had a mare of a morning in Bromsgrove when they were given the runaround by a runaway horse.

PC Danny Fulford and PC Osborne were chomping at the bit after receiving reports about the animal on the loose at 5.20am.

The horse was having a field day (or should that be road day) as he led them on a chase around Alcester Road, Hewell Lane, Pikes Pool Lane and Old Burcot Lane. 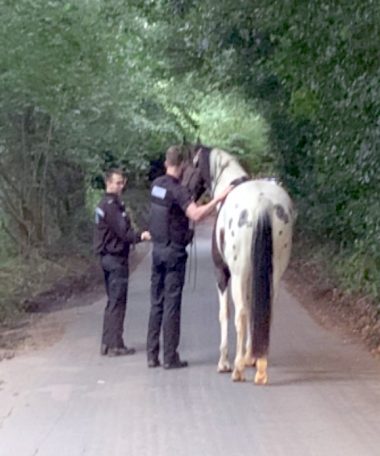 After tracking down a head collar and finding a temporary field until the owner could be found the pair proved they were the ‘mane men’ and managed to rein the animal in.

They decided to call him ‘BullsEye’ from Toy Story and apologised for the traffic delays while the horse was caught. 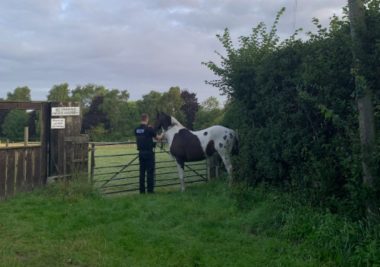 The owner was being contacted when the officers finished their shift this morning.