THE ORGANISERS of the Bromsgrove Remembrance Sunday Parade are hoping this year’s will top 2018’s record-breaking attendance when 2,500 people turned out to mark the centenary of Armistice Day.

Bromsgrove Royal British Legion chairman Patrick Smith said rather than figures decreasing they seemed to be going up every year and it was testament to the town’s community spirit and support for the armed forces.

“We are getting much more young people coming along and being involved in the parade.

“Having organisations such as the Boys Brigade, the Scouts, the Cubs and Brownies is key – the support is incredible.

“Last year the Deputy Lord Lieutenant told me the range of ages in Bromsgrove last year was amazing – she could not believe she saw a three-month-old baby and a 105-year-old veteran.” 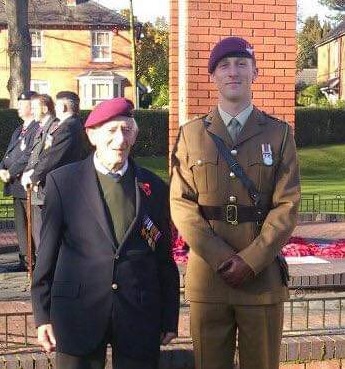 Organisations taking part will muster at 10.30am on November 10 outside Argos ready to move off at 10.40am.

The parade, led by police and church representatives, will journey down the High Street, giving an eyes left at the Odd Fellows Memorial, before progressing down Church Street, across Market Street and to the monument on Crown Close.

The service will start at 10.55am with the Act of Remembrance at 11am.

The road will be closed for the duration of the service.

Organisations will lay their wreaths at the monument and the service should end at 11.45am.

A short service of prayer will be held at St John’s Church at midday where two blank wreaths will be placed on the First World War and Boer War Memorials inside the church before a poem is read and a blessing takes place. 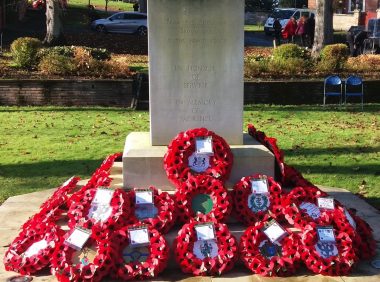 Organisations wanting to take part in the parade should email Bromsgrove Royal British Legion chairman Patrick Smith at patrick.smith@uwclub.net or by calling him on 07949 789841.

Those wanting to lay a wreath should email Jeff Evans at poppyorganiser@gmail.com or by calling him on 07973 295972.

In the event of wet weather the whole service will take place in St John’s Church.