A HOMELESS teddy bear in need of housing support was filmed on his journey to charity ‘The Basement Project’ today. 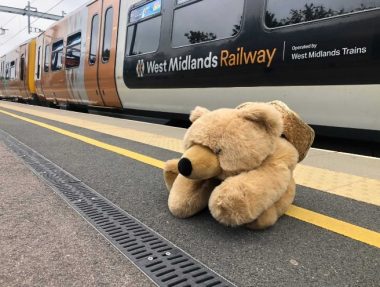 The short-film about ‘Brian the Basement Bear’ – shot by HOW College’s media department – aims to raise awareness about the charity’s services and help boost its social media presence.

“We were awarded the plaque for the work we do with young people in crisis.

“The idea of filming our mascot, Brian, on his quest for help originally stemmed from there.

“We wanted to create own version of the famous Paddington story.” 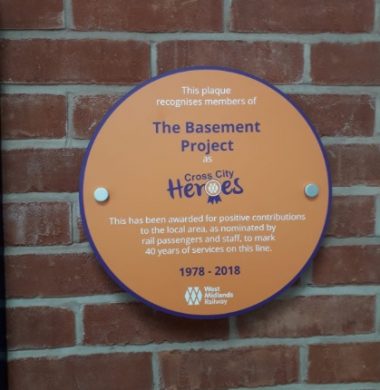 The plaque at Bromsgrove Train Station.

Brian was filmed raising money to purchase a train ticket from Great Malvern to Bromsgrove and at The Basement Project HQ, where he was welcomed at the drop-in centre.

Kelly added: “The short-film is all about promoting what we do and hopefully encouraging others to donate so we can continue to provide our services.” 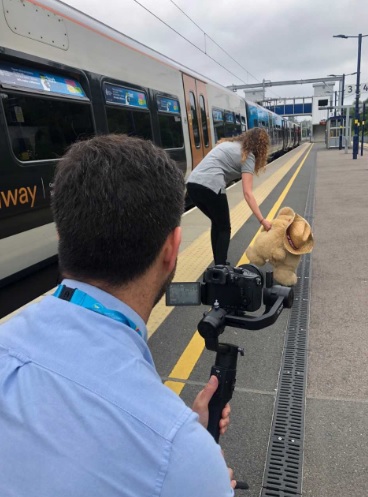 On his journey: Evan filming Brian as he leaves the train.

The charity, based on Hanover Street, offers a drop-in service for 16 to 25-year-olds who are homeless or at risk of homelessness.

Money donated is spent on making sure its users are prepared for their job interviews by providing them with suitable clothing and money for travel.

A team of support workers at The Basement Project also offer counselling and budget support for those who are struggling. 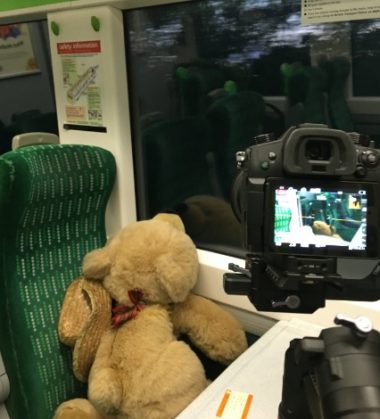 Teddy fun: Brian the Basement Bear on his travels.

Evan Whakahau, who filmed the short-film and is also the videographer and digital marketing developer at HOW College Bromsgrove, said: “I’ve learned a lot about The Basement Project recently and the great work it does.

“At HOW we like to build relationships with charitable organisations and this is no different.”

The short-film about Brian the Bear is expected to appear on The Basement Project’s social media platforms before the end of next week.

You can also donate to the charity by visiting bromsgrovebasementproject.org.uk/ or for more information call 01527 832993.