A TEAM of firefighters from Hereford and Worcester Fire and Rescue Service are continuing their fund-raising legacy in memory of former colleague Stu Crebbin this weekend.

The group set off on their third ‘Stu’s Phoenix Challenge’ yesterday – Mr Crebbin, who was based in Bromsgrove, died in March 2021 at the age of 46 after a 12-month battle with cancer. 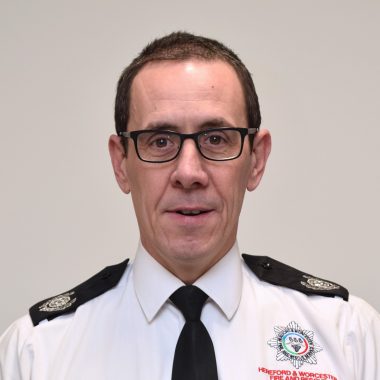 In 2020, Stu and his Phoenix Challenge team undertook The Brecon Beacons’ 10 Peaks Traverse (East to West). Despite having to undertake intense chemotherapy and immunotherapy sessions in the lead-up, Stu completed the majority of the challenge.

Last year, Hereford firefighter Spencer Jones and 32 HWFRS colleagues took on The Brecon Beacons 10 Peaks Traverse (West to East) and this year, a similarly sized group will be taking on a weekend of events around the 10 Peaks and Pen y Fan in memory of Stu and to raise funds for the Fire Fighters Charity.

Including donations which have already come in ahead of this year’s challenge, more than £20,000 has already been raised for this great cause.

Spencer Jones said: “Stu was dedicated to raising money for the Fire Fighters Charity, a charity that was very close to his heart, and supported him and his family through his final weeks.

“We are honoured to continue his extraordinary legacy so other firefighters and their families can benefit.

“Stu was a hugely popular and inspirational individual – far beyond just the fire service he worked for. He made his mark, genuinely cared for people and stood up for what he believed.

“This challenge is a great way to remember Stu and to continue his legacy.”

Stu’s sister, Sam Crebbin, is there for the challenge weekend and is looking forward to sharing great stories and special memories of her brother.

A JustGiving page has been set up inviting donations/sponsorship for the epic challenge.