The Rosalind Franklin Laboratory in Tachbrook Park, owned and operated by the Department of Health and Social Care, has begun processing hundreds of thousands of Covid-19 samples. 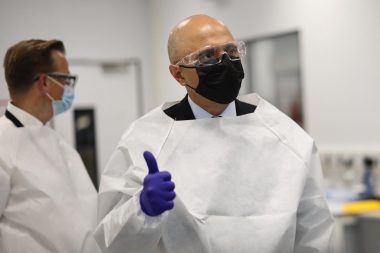 The laboratory has processed almost 300,000 Covid-19 tests since opening in July as part of the NHS Test and Trace network.

The biggest of its kind in the UK, the so-called megalab will roll out pioneering new genotype assay testing in the coming months to help scientists quickly identify known variants of concern, as well as genome sequencing to identify new mutations

And the lab is set to become a major local employer with over 500 staff now employed at the lab, and up to 1,500 new jobs expected in total.

PhD research students in medical, life and data sciences from Warwick University and others in the region are beginning placements as data scientists and bioscience leads at the laboratory. They will be joined by a number of undergraduate life science students in other supporting roles at the start of the new academic year in September.

The laboratory’s name honours Rosalind Franklin, the English chemist and X-ray crystallographer whose work in the 1950s was central to the understanding of the molecular structures of viruses. 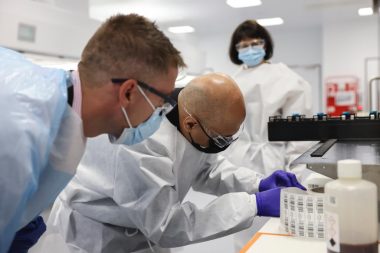 Mr Javid said: “The new Rosalind Franklin laboratory is bringing together some of the world’s leading scientists and large scale, state-of-the-art testing infrastructure under one roof.

“Along with vaccinations, regular testing is playing an integral role in helping us manage this virus and will help ensure we are prepared for future pandemics.

“This megalab will soon be helping us not only process tests, but also detect the kind of variants that threaten our progress in living with Covid-19.

“The laboratory is also a huge boost for the local area creating employment opportunities and inspiring a new generation into careers in science and technology.”