Two chairs and a traffic cone were also collected.

Bromsgrove District Council supplied the students with equipment, including gloves and hand gel, and collected the rubbish at the end of the day. 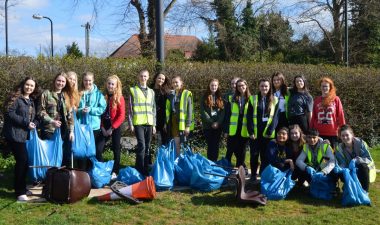 The students worked in small groups and scoured the edges of the park adjacent to the village and Hagley railway station.

“It is certainly something Haybridge and our Sixth-Form Community Officers will do again.”