Green Party names its Bromsgrove candidate for the next general election

THE GREEN Party has officially announced its Prospective Parliamentary Candidate (PPC) for the next general election.

Kevin White will contest the seat currently held by Chancellor of the Exchequer Sajid Javid.

Kevin, who has stood in Redditch for the last three general elections, said he was delighted to be giving the people of Bromsgrove and the surrounding villages the chance to vote Green.

“I’m determined to speak for the interests of ordinary local people and on the issues we all face, but also for animals and for the planet.

“It’s clear we need a different kind of politics.

“The Green Party offers a respectable change towards a fairer and more just society, starting with greater investment in the public services that people need. “We have a sound but radical approach to politics, not just on the environment.”

Vegan campaigner Kevin grew up in Redditch but now lives in Bromsgrove. 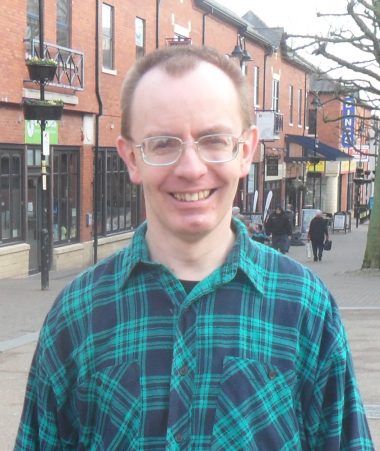 He has organised vegan festivals across the Midlands, helping increase their popularity, and takes an active role supporting voluntary groups and campaigning on issues in a bid to make life better for local people.

As a well respected local campaigner on animal rights, Kevin has also been active on issues around the closure of Post Offices, cuts to the Alexandra Hospital, and has spent 20 years locally representing the anti-war movement.

As well as tackling the climate crisis, Kevin’s priorities include eradicating poverty, and lobbying for appropriate funding for hospitals and schools.

He also wants the electorate to have the final say on Europe with a ‘people’s vote’ and a more proportional voting system at every level of Government.

The PM wrote to Labour leader Jeremy Corbyn yesterday saying more time would be given to discuss his legislation but only if support was given to hold a general election on December 12.

A motion for a general election is expected to be debated and vote on in the Commons on Monday.

Because of the Fixed Term Parliament Act, brought in during the Conservative-Liberal Democrat coalition, the Government needs support from two thirds of the House – 434 MPs out of 650 need to back it.

The PM has already tried twice to get a majority for a general election and has twice been defeated.

Email kevinwhitegp@gmail.com to contact Kevin or visit bromsredditch.greenparty.org.uk for more on the Greens locally.